Too Much To Do Everything Tonight 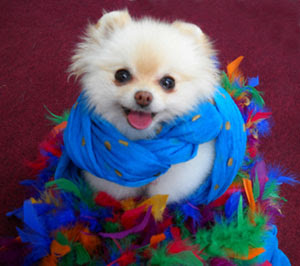 The Seattle Museum of the Mysteries is proud to announce the second annual Capitol Hill Pride Festival 2010 on Broadway on Saturday June 26, 2010 from 10am – 10pm and they are currently accepting booth applications

This year they will feature three public stages and over 200 booths and vendors along with live entertainment, music, singing, doggie drag costume contest [is that even ethical], and face / body painting. The Capitol Hill Pride Festival is held on Saturday, the day before Sunday’s Seattle Pride Parade in downtown and Seattle PrideFest at Seattle Center. This year the Capitol Hill festival is expanding three more blocks north on Broadway and is now between E. John and Roy St. from Deluxe Bar and Grill to Rite Aid, from Poppy to American Apparel.

The Capitol Hill Pride Festival’s first year in 2009 received over 5,000 visitors with virtually no advertising. This year they are expecting attendance of 7-10,000 visitors and is hosted by the Seattle Museum of the Mysteries. Festival hosts include Charlette LeFevre, Philip Lipson and Kami Bodily. For more information, booth applications and sponsorship, visit www.capitolhillpridefestival.net.