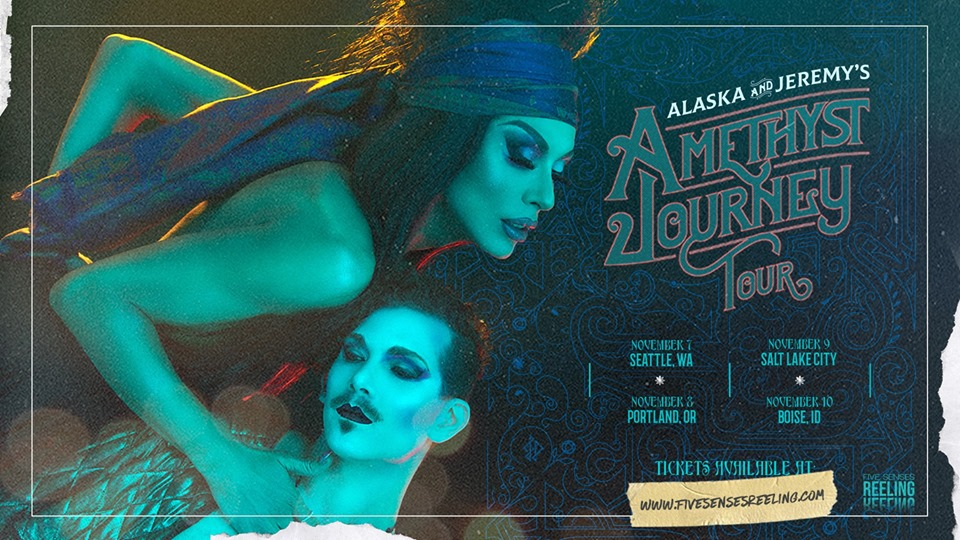 Sadly, this show was cancelled.

In an album that Billboard calls “spectral Fleetwood Mac energy,” Alaska and Jeremy combine their musical influences from Dolly Parton to Whitney Houston to Stevie Nicks to create Amethyst Journey. With multiple singles, stunning music videos, and a great story of inspiration behind the album, the two are ready to hit the stage with hits old and new.

Ever since her appearance on Drag Race Season 5 and taking the crown in All-Stars 2, Alaska and Jeremy have worked together on a number of projects including her 2016 album Poundcake that gave us hits like Your Makeup is Terrible and Nails. The show combines Alaska’s greatest hits in a new format, in addition to the new music the two have created. With Alaska on the mic and Jeremy on the keys, it’s guaranteed to be an incredible evening of live performance.

All ages but PG-13 warning.
Filming and photography not permitted.

The show is all ages with a content warning.
Filming and photography is not permitted during the show.