An Evening with Debra Messing: SeaJAM 2019 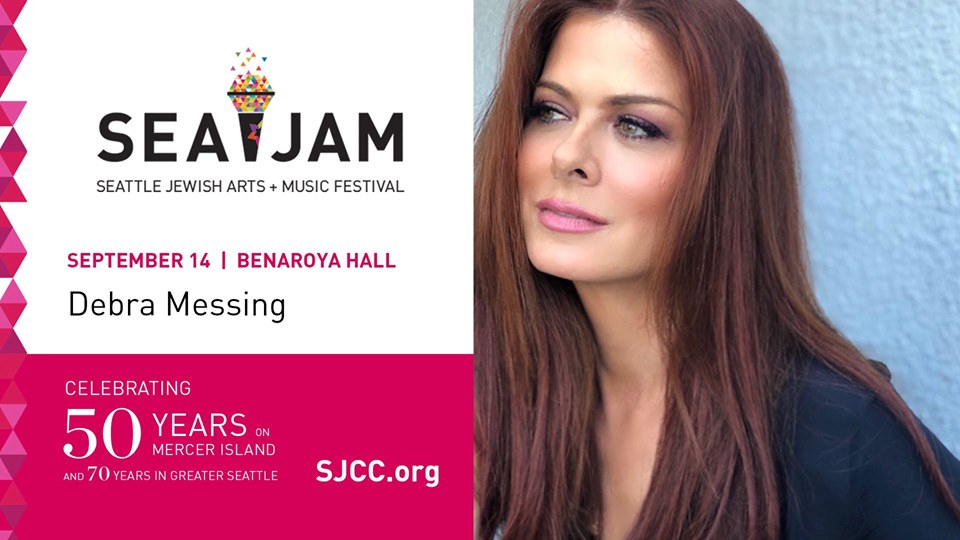 SEAJAM OPENING NIGHT: Debra Messing is best known for her role on NBC’s Emmy-winning and Golden Globe-nominated comedy series Will & Grace. She will discuss her award-winning work in TV, film, and theater, including the recent reprisal of her role as Grace Adler after 11 years, her advocacy as a Global Health Ambassador, the Women’s March, LGBTQ causes, and being a positive example for Jewish women and moms onscreen and off.

This special event at Benaroya Hall opens the 2019 SeaJAM Festival, running Sept. 13-15, and celebrates the 50th anniversary of the Stroum Jewish Community Center on Mercer Island and its 70th year in Seattle – as the ONLY JCC in Washington State.

Tickets go on sale this Wednesday,including a limited number of
VIP Tickets: includes meet-and-greet reception and photos with Debra Messing and best-of-house seating.