Bootie Seattle: Beyoncé vs. Everyone 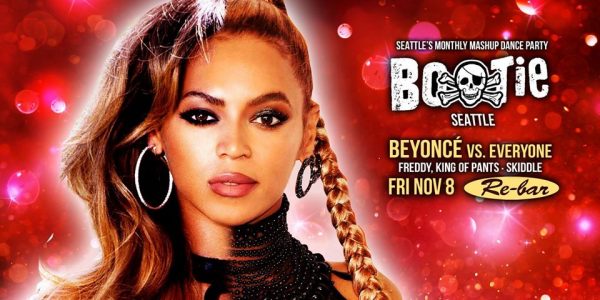 Bootie Seattle celebrates Queen Bey by mashing her up with everybody in the world! From her earliest hits with Destiny’s Child to her latest jams, it’s a Beydream like only Bootie can do!

Spinning the best mashups in the world ever, Bootie Mashup was launched in San Francisco in 2003, shamelessly mixing and matching pop songs both throwback and current. With its creative theme parties and clever mashup formula, Bootie Mashup has been winning numerous nightlife awards in multiple cities for over 16 years. Its fun, danceable song combinations are the soundtrack for the A.D.D. generation.