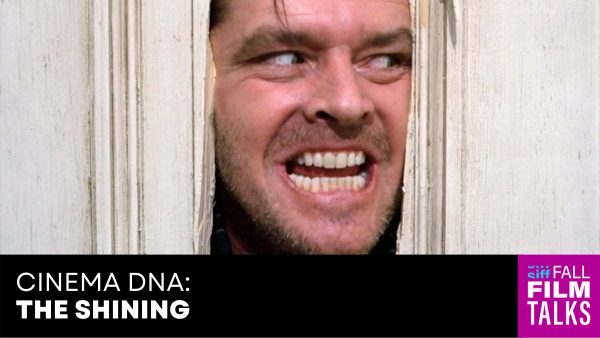 Join instructor John Trafton as he explores the influences on Kubrick’s horror masterpiece. Register at https://bit.ly/dnatheshining-fbe
Registration fees offered at a sliding scale; proceeds support both the instructor and SIFF Education programming. This class is expected to be presented in person at the SIFF Film Center. Zoom meeting details will be emailed to virtual ticket purchasers shortly before the scheduled event.
MORE ABOUT THE CLASS:
After forty years, what makes THE SHINING one of the greatest horror films of all time? The film interacts with us on a deeply psychological level. THE SHINING cinematically maps out our mind in a way that feels both familiar and strange. We project our worst fears on the story and characters, even when we know what’s lurking around every corridor of The Overlook. But why does this happen?
ABOUT CINEMA DNA:
The Cinema DNA class series focuses on the genealogical inspirations of great films. Through engaging with the films that influence great filmmakers, audiences may develop a deeper appreciation for the art, ideas, and social movements that shape the artistic stories we love.
ABOUT THE INSTRUCTOR:
John Trafton teaches film studies at Seattle University and is the author of “The American Civil War and The Hollywood War Film.”
+ Google Calendar+ iCal Export

on October 8 | by Michael Strangeways