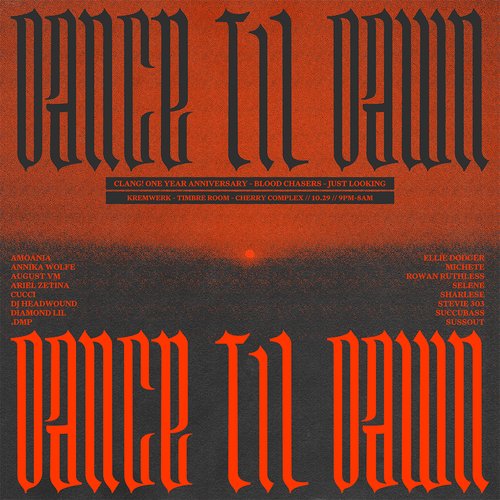 On October 29th, The Complex is ready to CLANG all those living, dead and in between, during this all-night affair. We are JUST LOOKING to devour your hearts and spill your throats across three dance floors of blood pumping electronic music. The death dance begins at 9PM with discounts for BLOOD CHASERS in the door before 1030PM. Are you ready to DANCE TIL DAWN? 11 hours is all that stands between you and sunrise.

Its been an eternity since a proper queer LOOK party has been at The Complex. Come look. Come be seen. Sonic shock waves provided by Annika Wolfe (LAX), Sussout, and .dmp. Vampy drag performances at 1130PM by Amoania, Cucci, Diamond lil, and Rowan Ruthless.