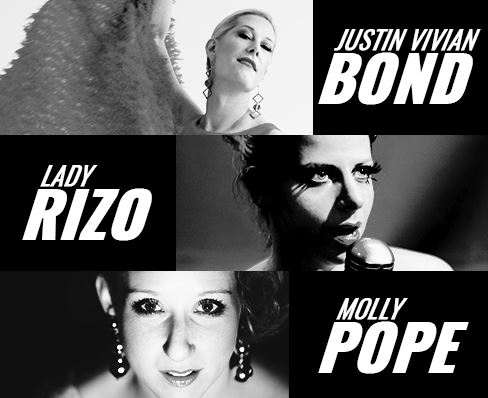 NEW! Teatro ZinZanni joins forces with Joe’s Pub at the Public, one of New York City’s most celebrated institutions for emerging and accomplished performance artists, to present a new late night series in Seattle. Showcasing the talent seen at Joe’s Pub in New York City under the illustrious Teatro ZinZanni tent, the once-a-month Saturday late night will feature impeccable and cutting-edge talent from all over the world.

“Love is Crazy!” is an evening in celebration of obsession, sex, romance and all their queer and mysterious complications. Mx Bond displays v’s legendarily twisted wit, along with songs from Dendrophile and Silver Wells, numbers from v’s stage and film appearances. Expect the unexpected because, let’s face it, LOVE IS CRAZY!!!

on September 30 | by Michael Strangeways