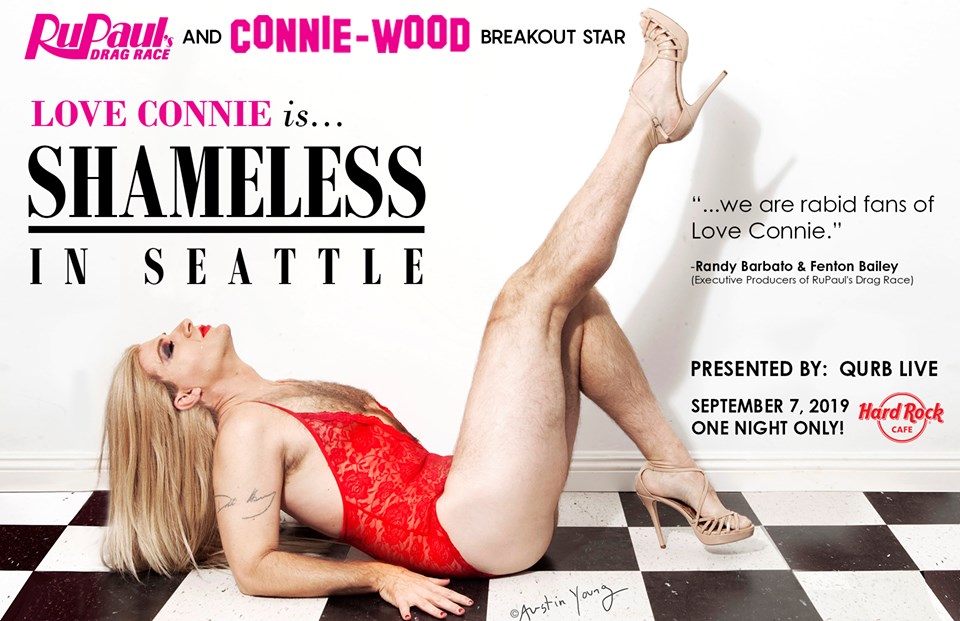 Avoid the shame of missing out and excercise your right to a good time…get your tickets today!

“There are so many talented queens, and so many side-splitting shows, it’s hard to pick. But we are rabid fans of Love Connie.” – Randy Barbato & Fenton Bailey (Executive Producers of RuPaul’s Drag Race)