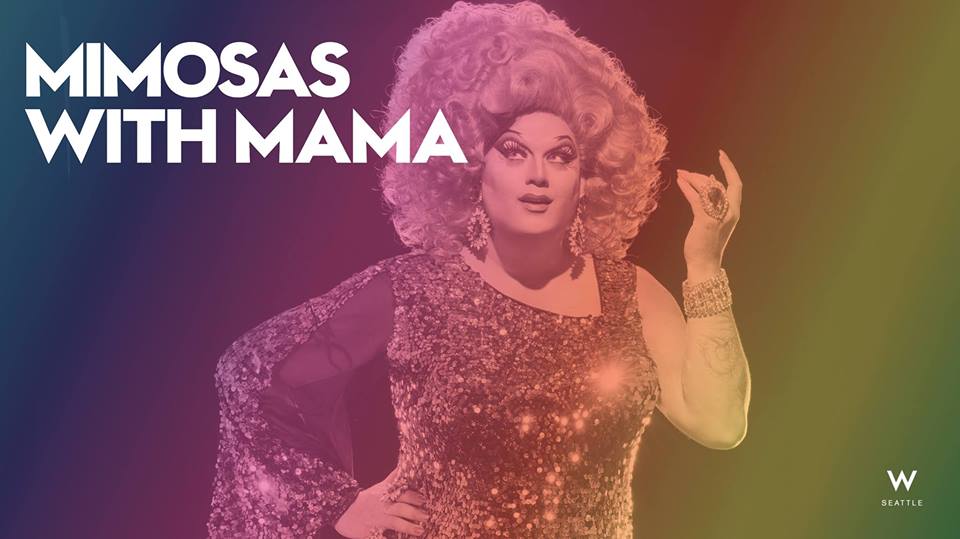 Join Seattle’s Skyscraper Hostess, the One and Only Mama Tits for a special Pride Brunch!

The world was introduced to Mama Tits by the viral video of her taking on the anti-Gay protesters at the 2014 Seattle Pride Parade which has been viewed over 1.8 Million times on YouTube. Mama Tits has been a staple of Seattle’s Pride celebrations for many years as an announcer for the Seattle Pride parade as well as as one of one of the headliner entertainers and hosts of the 2010, 2011, 2014, 2015 & 2016 Seattle PrideFest Main Stage at Seattle Center with over 100,000 attendees at both those events. In addition, Mama was the original hostess of the beloved weekly nightlife event ElektroPoP! from 2011-2012, and the original hostess of the Capitol Hill Talent Show.

Mama Tits has recently returned from a 6 month run at Act II Stages in Puerta Vallarta with her one woman show “Sweet Like Candy”. When Mama Tits is not producing, hosting and starring in her own show “Mimosas Cabaret” Saturdays and Sundays at popular Seattle entertainment venue, The Unicorn in Seattle’s trendy Capitol Hill nightlife district, you can catch her working various events around the Seattle area, across the country and around the world! Sunday the 25th, you can catch her LIVE, right here at W Seattle.