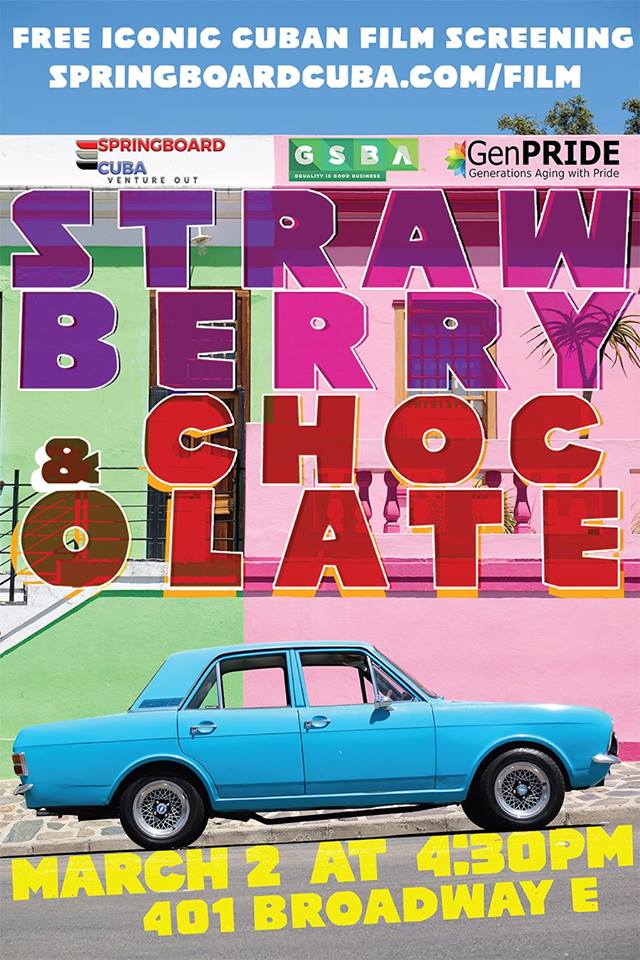 Set in Havana, Strawberry and Chocolate is a lighthearted portrayal of a friendship between two men, one gay and one straight, one fiercely communist and the other stridently independent. The film was the first major Cuban film to feature an openly gay lead character. Upon its release in 1994, it quickly won over critics for its powerful story-telling and themes of understanding and acceptance.

We hope you will join us March 2 for this event. Please RSVP today!

PLEASE ONLY RSVP ON THEIR WEBSITE, TICKETS ARE FREE BUT SPACE IS LIMITED
https://www.springboardcuba.com/film

on March 1 | by Michael Strangeways