An event every week that begins at 8:00pm on Thursday, Friday and Saturday, repeating until March 31, 2019 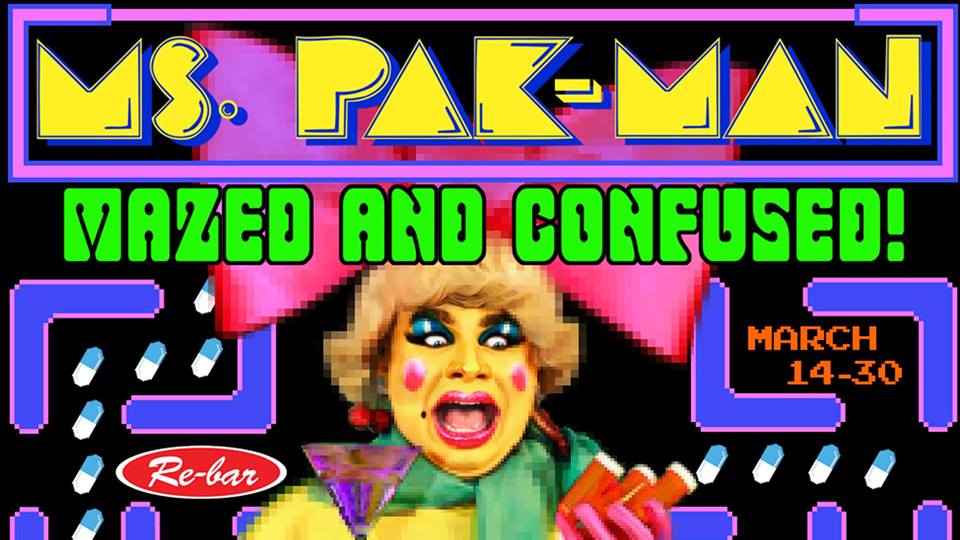 “Ms. Pak-Man: Mazed and Confused!” is the all-new fifth installment of the critically acclaimed Ms. Pak-Man series. After wowing packed audiences in San Francisco and Los Angeles, Ms. Pak-Man is returning to Seattle with her cabaret style theatre experience! Watch this world-renowned video game superstar of the 1980s pop power pills while she shares scandalous songs and stories about her life and loves… glitches and all!

Conceived and directed by Freddy Molitch!

This show has a little something for everyone. Video game geeks, drag / camp fans, 80s aficionados, comedy lovers and boozy theatre-goers will all love this 8-bit diva’s antics!
Hold onto your joysticks, it’s going to be a bumpy night!