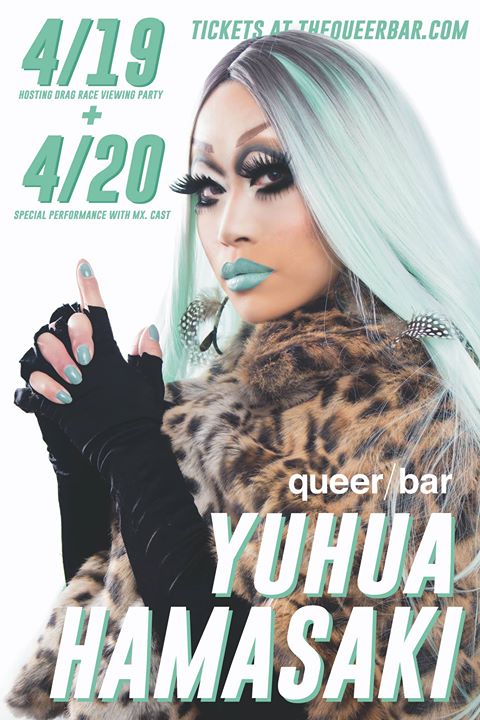 Can you feel the SHADE?

Yuhua Hamasaki, the fierce NYC Bombshell of RuPaul’s Drag Race Season 10, is bringing her funky, fiery, and futuristic finesse to Queer/Bar on Friday, April 20th! Don’t miss your chance to see her, alongside Robbie Turner and the rest of the Mx cast.

Dance Party after the show, $5 Cover!

on April 5 | by Michael Strangeways