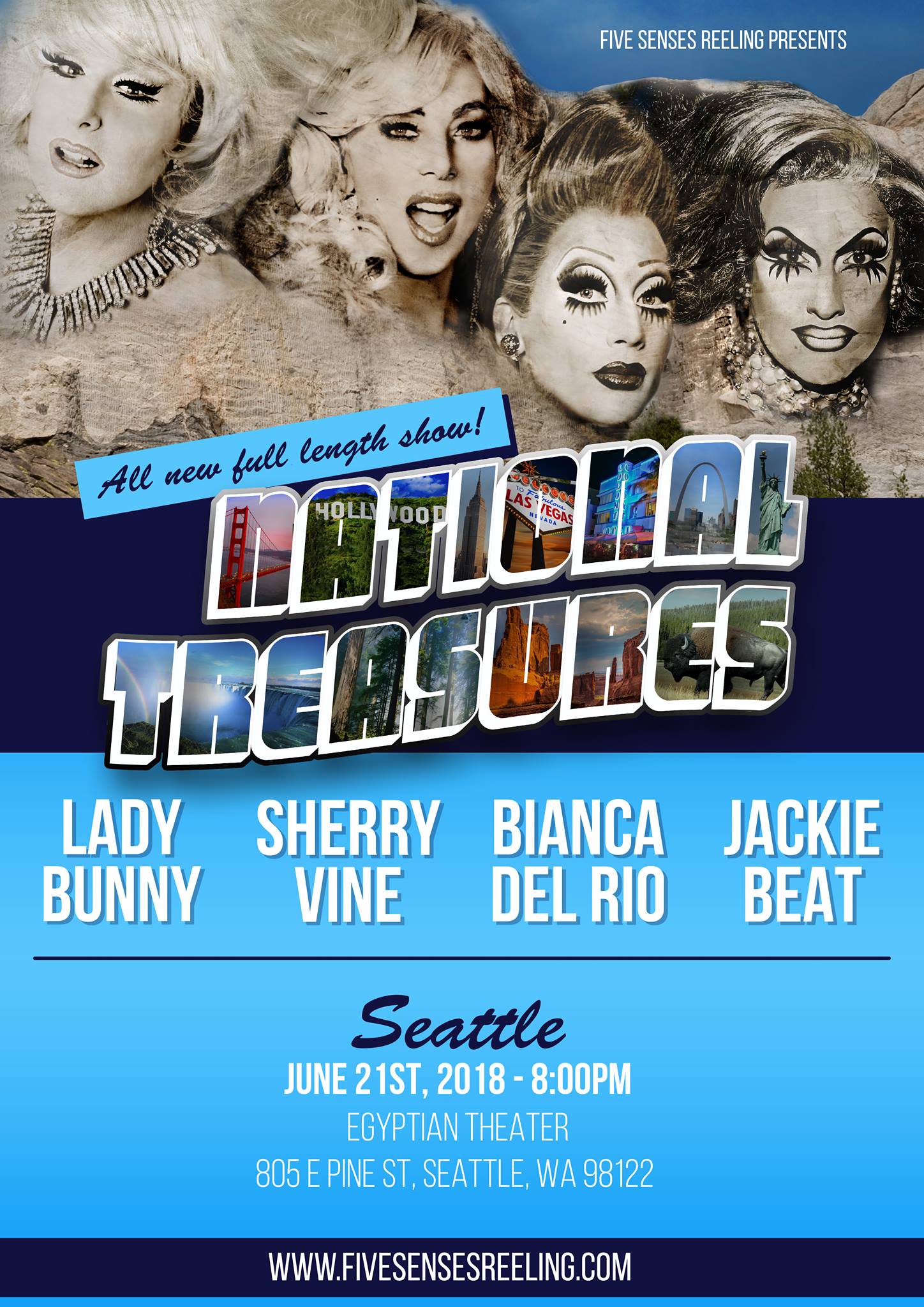 National Treasures starring Bianca Del Rio, Lady Bunny, Sherry Vine and Jackie Beat… all together on the same stage for one night in Seattle!

All fabulous drag queens in their own right, each of them bring something a little bit special to this 2 hour show!

Bianca Del Rio is the ultimate insult comedian, she is a fixture in the New York City club scene, and was the winner of the sixth season of Ru Paul’s Drag Race.

Lady Bunny is a nightclub DJ and has released disco singles such as “Shame, Shame, Shame!” and “The Pussycat Song”.

Jackie Beat is an accomplished singer-songwriter and has starred on screen, in and out of drag. Jackie is the lead singer of the Electroclash band Dirty Sanchez.

Sherry Vine is the creator and host of She’s Living for This, and is also known for incredible parodies of Madonna, Britney Spears, Rihanna, Adele, and Lady Gaga!

For one night only, these four ladies will be serving up some incredible #dragqueenrealness!

Age guidance:
No under 14s will be permitted into the theater, all under 16s must be accompanied by an adult. Adult themes/language throughout.