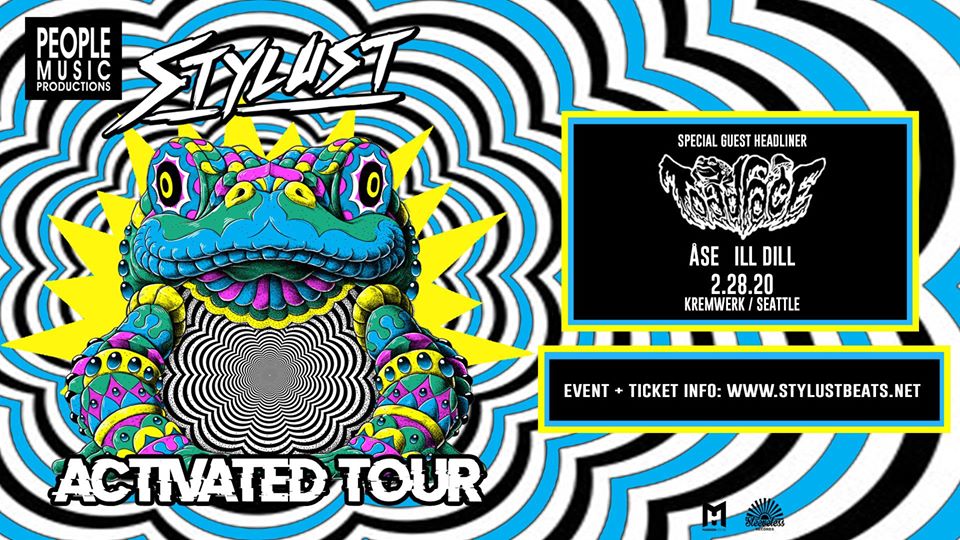 A longtime skateboarder and hip hop devotee, Geoff “Stylust” Reich has always been a rebel with a passion for his art form, so it’s no surprise that this Canadian DJ/producer’s talent for fusing rap hooks and heavy bass with electronic music has earned him the rep as a creative renegade carving his own path.

Touring as Stylust, Geoff has played all over the United States, Canada, and Europe, appearing at major festivals like Shambhala, Coachella, Outlook, LIB, Envision and BassCenter to name a few. Stylust’s uncanny ability to melt multiple influences and genres has led to music that’s reached millions of listeners, earning him exciting releases and collabs with artists like Bassnectar, Minnesota, Truth and many others. With a bass-heavy yet timeless sound, Stylust electrifies dancefloors with his impeccable mixing and high energy stage presence.

With his unique production style which flawlessly fuses elements of trap and dubstep together with amphibious grooves with their own twist, Toadface has been developing a sound he can truly call his own. Producing for the last 9 years and touring extensively for the last 4, Todd Holler is no stranger to the common toad. Coming fresh off of his nation-wide headlining tour named after his breakout Wakaan album titled “Bugs for Breakfast” Toadface continues to captivate listeners with every hop he takes.