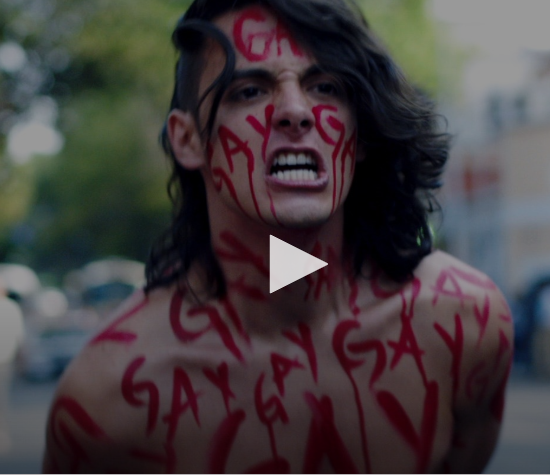 It’s 1986 in Mexico City and a group of young friends are approaching adulthood, exploring the city’s sexually fluid, neon-lit, New Wave subculture as a refuge from their country’s pervasive machismo and homophobia.

Wiry, shy, and more than a little questioning of the crushing conformity that is life in mid-’80s Mexico City, 17-year-old Carlos (Xabiani Ponce de León) is clearly an uneasy fit living within the city’s upscale Lomas Verdes suburbs. More comfortable tinkering with electronics and listening to the classic rock introduced to him by his cool uncle than engaging in the violent and pointless machismo of the boys at his private school, Carlos has a kindred spirit in his best friend Gera (José Antonio Toledano) and Gera’s incessantly cool sister Rita (Ximena Romo). But when the pair are invited to see Rita’s goth band at the infamous avant-garde club the Aztec, they’re introduced to an uninhibited world of poetry, art, music, and sex—and an antidote to the disillusionment of living in an unsteady world and the uncertain future that awaits. Soon, under the guidance of club owner Nico, a wide-eyed Carlos takes his place among the rebels and outcasts, finding his voice as an artist, tasting the forbidden fruits of hedonism, and driving a wedge between himself and the more homebound Gera, in this exhilarating, semi-autobiographical new film from acclaimed writer/director Hari Sama.

on May 23 | by Michael Strangeways