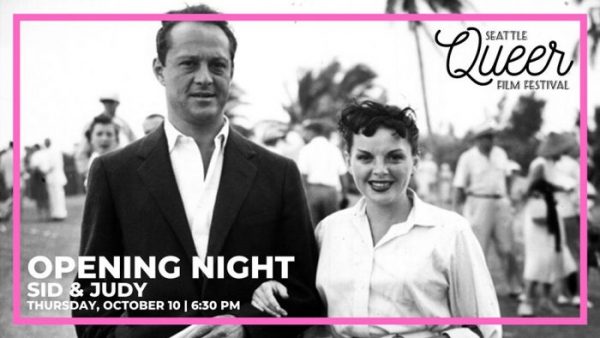 It’s been 50 years since the untimely death of diva and gay icon Judy Garland in June of 1969. But she is still a star to many a queer kid, whether through the timeless THE WIZARD OF OZ, emotional ballads sung with her famous intensity, or the many drag queens that still belt out her powerful songs.

Judy began performing in vaudeville when she was only two and went on to have an illustrious career on the stage and in radio, film, and television. Now, director Stephen Kijak (WE ARE X, NEVER MET PICASSO) has uncovered never-before-seen recordings, photographs, and insights by from the archives of her third husband, producer Sid Luft (A STAR IS BORN and The Judy Garland Show).

First-person accounts of Judy’s career and Sid and Judy’s tumultuous marriage are narrated by Emmy winner Jon Hamm (Mad Men) and Academy Award nominee Jennifer Jason Leigh (THE HATEFUL EIGHT Atypical). Judy’s status as an icon for the whole LGBT+ community—her death may even have partly inspired the Stonewall riots—is highlighted through her queer following, including transgender activist and Stonewall veteran Miss Major.

There is nothing like seeing Judy sing on the big screen, so this is not to be missed!

“Kijak points to many of the usual explanations made for almost every female performer considered a gay icon as applying to Garland — strong women overcoming personal and professional crisis, a life lived in the spotlight, gay men relating to these women fighting their own oppression as mirroring the struggle for gay rights — but says that ultimately, what makes new generations of gay men continue to pay tribute is the talent.” – SAN FRANCISCO CHRONICLE DATE BOOK

OPENING NIGHT PARTY
Join us after the screening for a celebration of SID & JUDY and the kick-off of the 24th Seattle Queer Film Festival! Your ticket purchase includes two free drinks at the bar!

*TeenTix prices are not available for this specially priced event.