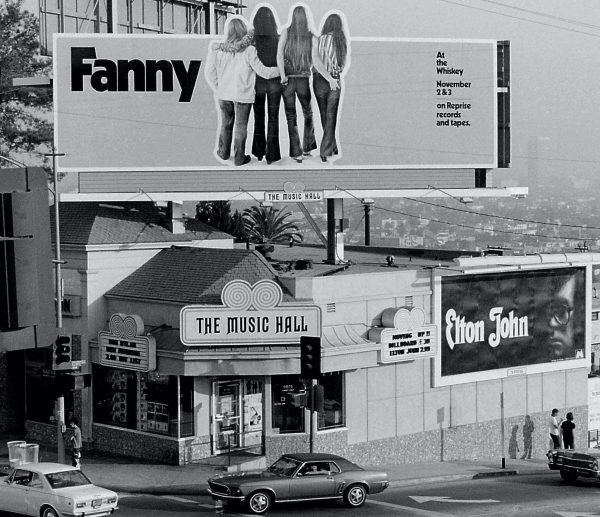 Enjoy our Closing Night in person screening or watch virtually online from October 14-24th. Drummer Alice Du Buhr in attendance at the screening.
“They were one of the finest fucking rock bands of their time…Revivify Fanny, and my work is done.” —David Bowie, Rolling Stone, 1999
(available virtually in all of Washington, Idaho, Oregon, and Alaska!)
This year’s SQFF fest will be both virtual and in person!
*COVID protocols for in person: We are taking all of our staff, volunteer, and audience’s safety very seriously and will be requiring full vaccination and mask compliance for all in person events.*
FANNY: THE RIGHT TO ROCK
Bobbi Jo Hart; 2021; Canada; 90 min.
“They were one of the finest fucking rock bands of their time…Revivify Fanny, and my work is done.” —David Bowie, Rolling Stone, 1999
This groundbreaking documentary rights a historical wrong when it reveals the untold story of Fanny, a California garage band started by two queer, Filipina American teenagers (Jean and June Millington) and their friends Brie Darling, Alice de Buhr (who will be in attendance), Nickey Barclay, and Patti Quatro. Soon the band morphed into the ferocious group Fanny, the first all-women’s rock band to release an LP with a major record label. They’ve spent their lives fighting racism, sexism, homophobia, and now ageism, but nothing is going to stop these kick-ass women. Fifty years after those first jam sessions in a Sacramento garage, a new record deal reunites the band.
Having counted David Bowie among their biggest admirers, Fanny’s groundbreaking impact in music had otherwise been lost in the mists of time, written out of rock history by sexism… until filmmaker Bobbi Jo Hart showed up to pore through the archival footage, interview rock greats, and capture the struggles and triumphs of these women who continue to make history. The film includes interviews with icons such as Def Leppard’s Joe Elliot, Bonnie Raitt, the Go-Gos’ Kathy Valentine, the Runaways’ Cherie Currie, and many others. This award-winning documentary (Audience Choice at Hot Docs) follows the women of Fanny as they go from the sex, drugs, rock ’n’ roll, and activism of the ’60s to their present-day fight for the recognition they so deserve.
See the whole program at: www.threedollarbillcinema.org/sqff
Be first in line, enjoy TDBC perks, and become a member today! $3 off every film. https://www.goelevent.com/ThreeDol…/Membership/Sale/Member
+ Google Calendar+ iCal Export

on September 26 | by Michael Strangeways