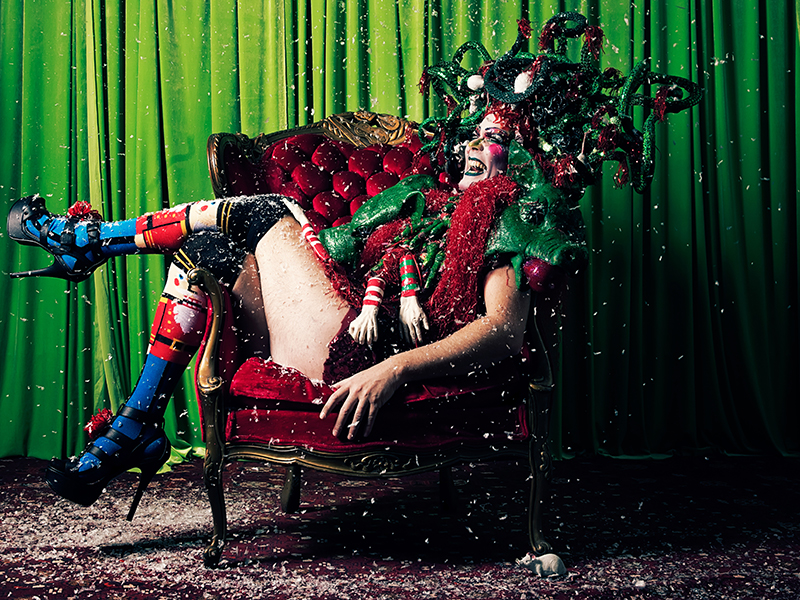 TG Presents
Taylor Mac – Holiday Sauce
In partnership with On the Boards
December 19 & 20, 2019 | The Moore Theatre

Single tickets are not yet on sale to the public.
Sign up for our weekly eNews to be among the first to hear about any presale or on sale dates!

Christmas as calamity – 2017 MacArther Fellow and Pulitzer Prize finalist Taylor Mac takes on the holidays to celebrate the season in all of its dysfunction. For this new production, Taylor Mac is joined by longtime collaborators, designer Machine Dazzle, Music Director Matt Ray, and a spectacular band to reframe the songs you love and the holidays you hate.