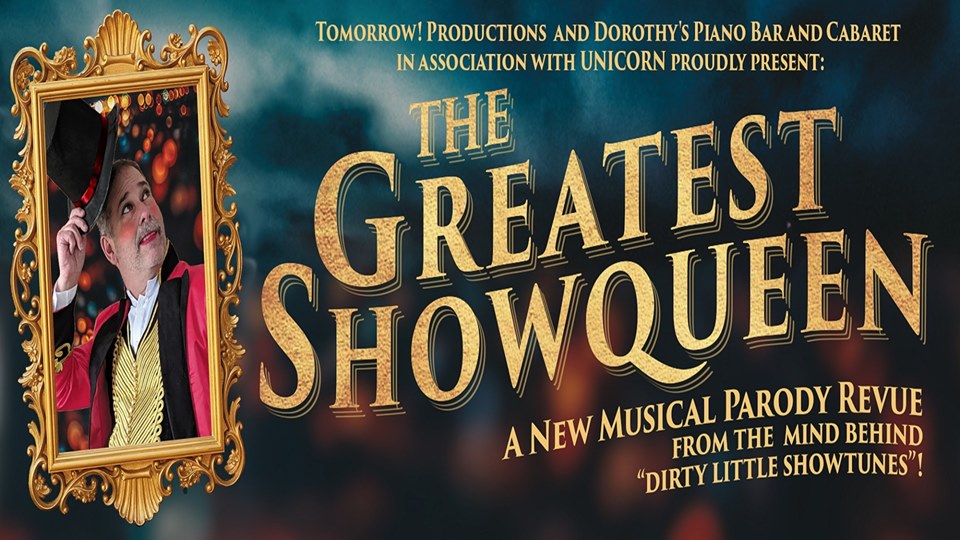 After an absence of 22 years, Tom Orr — the creative mind behind the award-winning musical parody revue Dirty Little Showtunes!, a long-running smash hit at Re-bar in 1997-98 — is back in Seattle with a new solo cabaret and a multitude of new perverted twists on classic showtunes.

Winner of 3 Bay Area Theatre Critics Circle awards (Best Musical, Best Lyrics & Best Actor), Orr brings his diabolical wordplay and a uniquely skewed worldview to the forefront with his latest work, a look back at his colorful past and a sneak peek at his bright future, with new material and selections from his prior solo shows: I Feel A Thong Coming On!, A Crass Act!, The Devil Wears Nada!, Aging Bull! and A Funny Thing Happened On The Way To His Forearm!

Marie Ruzicka is an accomplished actress, director, choreographer, consultant, podcaster (Magickal Land of [Awe]some), author and solo performer: “Why Am I So Happy? An Introvert’s Journey to #LivinTheJOMOLife” opens soon.