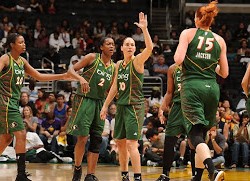 The Seattle Storm win their first playoff series since...

Everyone is Gay Edition, Part I: Republican Party Bigwig Ken Mehlman comes out of the closet. The former RNC chair and architect of George W. Bush’s notoriously homophobic 2004 re-election campaign reveals all in an interview with The Atlantic and the gay media responds with a lot of derision. On the plus side, Mehlman is sponsoring a fundraiser with a lot of other Republican bigwigs in SUPPORT of repealing Proposition 8. But, does one good deed atone for a lifetime of skanky, anti-Queer behaviour? 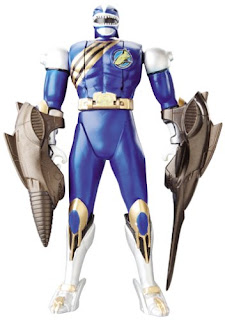 Everyone is Gay Edition, Part II: Blue Power Ranger comes out, too…and, life wasn’t very swell on the set of the 90’s camp classic for actor David Yost; he was frequently harassed and persecuted for his sexuality by management and staff…IN HOLLYWOOD of all places! Ridiculous! As for “Blue” coming out, I’m a bit surprised…I would have bet that it would have been the “Dusky Coral” or “Midnight Persimmon” Power Ranger that would have been the first Ranger out of the closet…

Meth is BAD Edition: It’s killing way too many Gay men. DON’T USE METH! DON’T TRY METH! If you have a drug problem, GET HELP NOW! 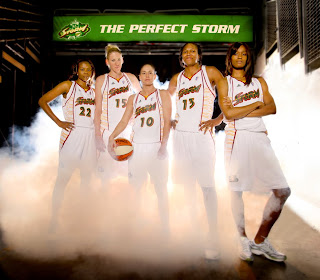 Happier News Dept: The Seattle Storm defeat the Los Angeles Sparks 79-66 in the first game of the play-offs before a crowd of 10,589 dedicated fans at Key Arena last night. Game 2 will be in Los Angeles on Saturday. It’s kind of nice that the only reliable sports franchise in Seattle is so Queer friendly…maybe the Mariners need to get on the ball and start hosting Gay Night and maybe they need to hire Joe Jonas and his big bat (see yesterday’s post regarding Mr Jonas and his “bat”). 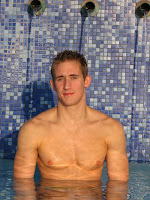 It’s a particularly complex issue. We’re lucky enough to live in an age where, amongst members of a certain class possessing access to certain medications, HIV is a relatively manageable disease. One would hope that the stigma attached to those who carried the virus in years past might have evaporated as we’ve learned more about it, but this saga reminds us that not everyone has gotten over their hang-ups about HIV.

The best of luck and good health to Mr Wyler.

Queer Literary God, Christopher Isherwood would have been 106 years old today…go read, “Christopher and His Kind”. You will thank me later…Also dead and celebrating her Centenary: Mother Teresa! Seventy years younger, not as saintly but with far better abs (one assumes) current channeler of Captain James T. Kirk, actor Chris Pine turns 30…and so does Macaulay Culkin which makes me feel VERY old…