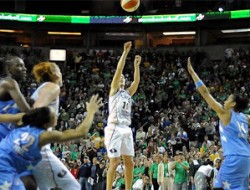 September 17, 2010 Comments Off on Congrats to the women of the Seattle Storm for an AMAZING season as they win the 2010 WNBA Championship! Views: 1180 Seattle Storm

Congrats to the women of the Seattle Storm for an AMAZING season as they win the 2010 WNBA Championship! 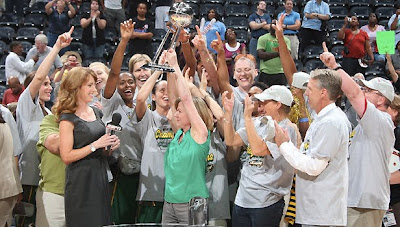 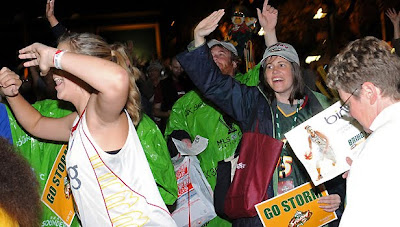 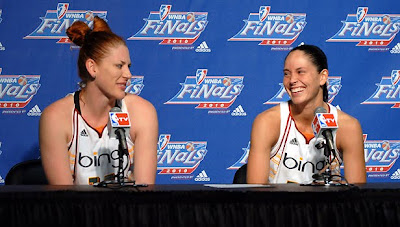 The Storm defeat the Dream 87-84 last night in Atlanta to clinch their second WNBA Championship…WE LOVE THEM!

The first woman owned sports franchise in history to win a national championship wil be coming home tomorrow, and Seattle is going to give the Seattle Storm a big, fat welcome home victory celebration! MVP Lauren Jackson might just be elected our Queen! And, here’s more info on the big party planned for Friday, courtesy of blog site, Queen Anne Review:

The girls will be arriving back in Seattle this afternoon. (Diehard fans who want to congratulate the team upon landing, can greet them at the airport: Delta flight 2129, arriving at SeaTac at 1:20 p.m.)…. 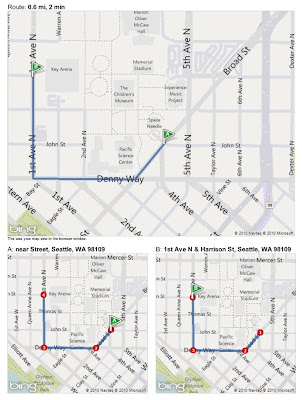 The celebration is free and open to the public. No concessions will be open, however fans are allowed to bring their own food and non-alcoholic drinks. Top Pot Doughnuts will also be representing at the party, selling snacks out of the Storm Team Shop and on 1st Ave after the parade.

We’ll keep our eyes peeled for news about MORE celebrations…we’re just guessing that the Wildrose is going to host some sort of party tomorrow night, though we’re also guessing the bar might be empty as everyone will be at Key Arena!