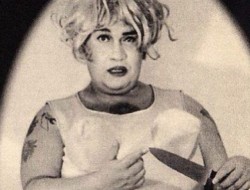 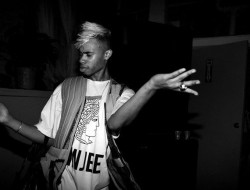 After being absolutely disgusted over the $840,000+ funds raised for Memories Pizza (and apparently not for a new hair stylist to fix Crystal Connor’s shake ‘n go weave), a counteractive GoFundMe page was created to help out Cyndi Lauper’s The True Colors Fund called #Pizza4Equality. So far, it has netted close to $90,000 of their goal to match the hate-filled, blood money raised for Memories Pizza.

Here’s what the GoFundMe page had to say:

Cyndi Lauper’s True Colors Fund has set April 29 as the first national #40toNoneDay to end #LGBT youth homelessness! And I thought, would it not be totally awesome if we equality supporters (and pizza lovers) could match that #MemoriesPizza “charity” by April 29? Can we match their amount and help homeless youth get off the street, learn life skills and get an education and jobs?

All proceeds will go to The True Colors Fund which works to end homelessness among lesbian, gay, bisexual, and transgender youth, creating a world in which young people can be their true selves.

The True Colors Fund is a 501(c)(3) nonprofit organization. Your contribution is tax-deductible to the extent allowed by law. Now is the time for all of you keyboard warriors to put your money where your mouth is! If you can spend $10 on a cocktail, you can easily spend $10 by donating to a good cause. In the end, it’s helping homeless LGBT youth.