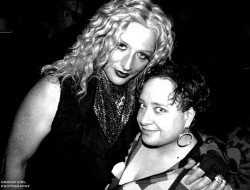 The second (annual?) Glee Flash Mob took over the Emerald City on Sunday, April 10 with performances all over town including these shots from Westlake Plaza taken by our own “Ginger Girl”. Some of the songs included in this year’s routine included Cee-Lo’s “F— You”, (the “clean” Forget You version), “Teenage Dream” and “Bad Romance”. If you want to check out the songs/dance routine from this year’s installment, here’s a video of the April 2 rehearsal at Century Ballroom. AND, this event does cost money to put on, in the neighborhood of $4000. The wonderful folks at One Degree Productions, who also put on Pride Fest at Seattle Center (and other locations in the city) could use a few more bucks to make sure this year’s event stays in the black…send them some love, and some Benjamins; go HERE to do that.

AND, if you’re kicking yourself for missing the performances on Sunday, you have at least one more chance to check it out…The Mobsters will gather at the University of Washington on Friday, April 15 (TAX DAY…Ugh!) at 12 Noon. Go here if you KNOW the routine and want to RSVP that you will attend to be a part of it. The exact location hasn’t been announced but we’re guessing it’s probably Red Square. AND, we’re also guessing that like last year, the Mob will perform at some point during PrideFest.