Intiman makes a big announcement…they’re coming back with some big local names. We’ll use a tired old cliche…the beloved regional theater company Intiman, which collapsed earlier this year due to severe financial problems, is arising from the ashes like a phoenix. At a press conference today at the theater at Seattle Center, new Artistic Director Andrew Russell announced plans for Intiman’s 40th season scheduled to occur in the summer of 2012.

Intiman Theatre today announced plans to relaunch the theatre in 2012 for its 40th season. Artistic Director Andrew Russell will lead Intiman in producing a four-play summer festival season curated from the ideas of a collective of local artists and performed by a repertory company of 12 local actors. Additionally, Intiman Theatre’s Board of Trustees has outlined steps to ensure continued operation in the theater space at Seattle Center; an operating budget of one million dollars for the 2012 season; a collaboration with local artists and organizations; and a fundraising plan to make this vision a reality.

“During months of engaging artists and audiences on the subject of Intiman’s future, one point echoed loud and clear: we must try something new. If we’re going to commit to a significant amount of work, not to mention fundraising, Intiman must be fresh, forward thinking, different and worthy of a relaunch,” said Andrew Russell, Artistic Director of Intiman Theatre.

Intiman went to Seattle’s local theater making community to help create a new sense of purpose and direction for the company. Here’s a list of some of the new “blood” at Intiman:

That’s a jaw dropping list of talent there…big, big names from all aspects of the theater world. But, it gets better; here’s what they’re hoping to do this summer:

The four plays selected by this collective for production in 2012 will provide a mix of classic work done with a twist, world premieres that are challenging, epic and thought-provoking, multi-disciplinary work incorporating dance, music and theatre, and work that connects the local with the global. Productions will also be designed to take advantage of the theater’s unique space at Seattle Center, including the studio space and courtyard areas.

Shows under consideration for the 2012 summer festival include

And, the press conference/release made it clear that the new board/staff at Intiman are committed to not repeating the mistakes of the past:

MANAGEMENT OVERSIGHT
To deliver this new artistic model, along with Andrew Russell’s artistic leadership, the board of trustees has restructured the management of the theatre from financial controls to governance and oversight. There is a strong commitment to ensuring that the operational side of the theatre is managed with discipline and transparency. The Board will implement a new strategic business plan; operate with increased financial controls and oversight; and collaborate with other leading arts organizations and artists.

As a part of this shift from plan development to program implementation, the Board of
Trustees elected Terry Jones as its new president. With a strong operational and financial background, Jones is ideally suited for the implementation phase of the new Intiman. Jones follows Bruce Bradburn who saw the board through the development of this new strategic business plan.

“In the past six months, we listened to artists, audiences and donors; reconciled and audited our books; implemented financial controls; made payments to reduce our debt; explored artistic and business options; reached out to potential collaborators; and worked with consultants to identify our path forward,” Jones said.

“We recognize that the buck stops here, and we sincerely apologize that Intiman’s business side went so off course,” said Jones. “We are correcting our course. The Board of Trustees is committed to stewardship and smart leveraging of Intiman’s resources to support and realize this exciting artistic vision for the benefit of the community.”

In the 2012 plan, Intiman Theatre is acting in response to what it has heard from artists, audience members, subscribers, patrons and the public at-large and developed in analysis of non-profit theater models, artistic visions, needs, financial resources, and opportunities. The new Intiman is:

The retooled and artist-focused business model combined with a tailored budget, close board oversight and cost containment measures will enable delivery of dynamic theatre while we continue to retire Intiman’s remaining debt. “The Intiman board and some stalwart friends have worked tirelessly to develop a plan that is viable, reflective of Intiman’s excellent artistic reputation, and deserving of the community’s support,” said Susan Trapnell of Arts Consulting Group, Inc., management consultant to Intiman Theatre.

And, yes, they are still fundraising:

“The Board believes the planned 2012 summer theatre festival will continue Intiman’s tradition of delivering thought-provoking and engaging theatre to this community,” said Sue Leavitt, co-chair of Intiman’s fundraising and development committee. “But, this plan will only be realized if Intiman’s patrons, audience members and community, corporate and foundation supporters come alongside the Board to provide the necessary resources.”

Intiman has already raised twenty percent of its one million dollar operating budget to produce the summer festival–$100,000 from board pledges and an anonymous gift of $100,000 to jump-start the campaign.

Intiman has also been paying down its debt and talking to its vendors to develop payment plans. The board will continue to work with vendors and donors to settle

A form to pledge financial support for Intiman’s 2012 summer season will soon be online at the theatre’s website at www.intiman.org. The 2012 season will be Intiman’s 40th and the summer festival will coincide with the Next Fifty Seattle Center celebrations.

This is big and exciting news for Seattle theater. If they pull this off, this could be a model for other struggling theater companies across the country. The new board and administration at Intiman seems to have gotten their act together and realized that old business models do not work for the big regional theaters; they have to change with the times or they’ll die.

And, personally, all these proposed shows sound potentially amazing; there are some ridiculously talented people involved. And, the prospect of Mr. Savage coming up with a theater piece is certainly going to be looked at with great anticipation and probably some trepidation…it’s been awhile since Dan has done any theater making. We’re also guessing the Savage Haters will be sharpening their knives…

More to come as this develops. 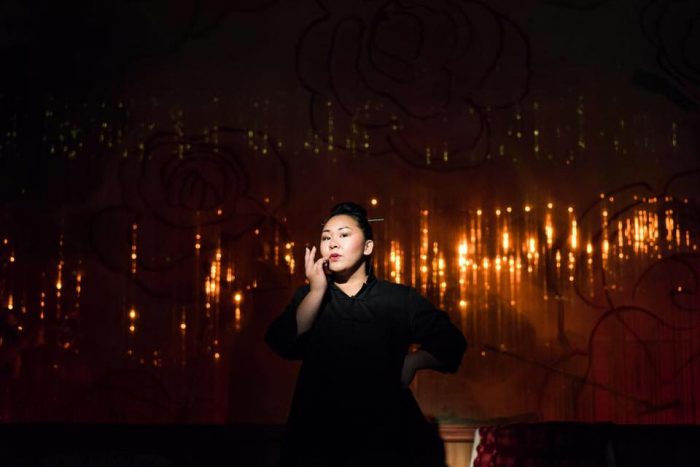 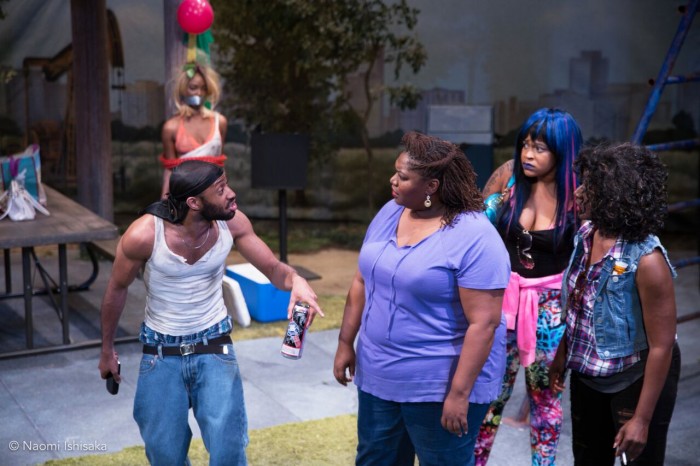 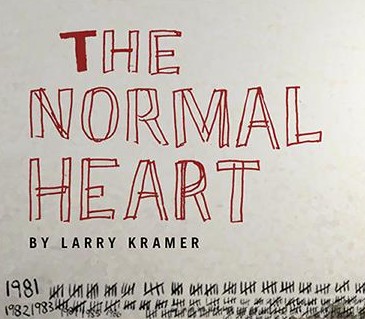 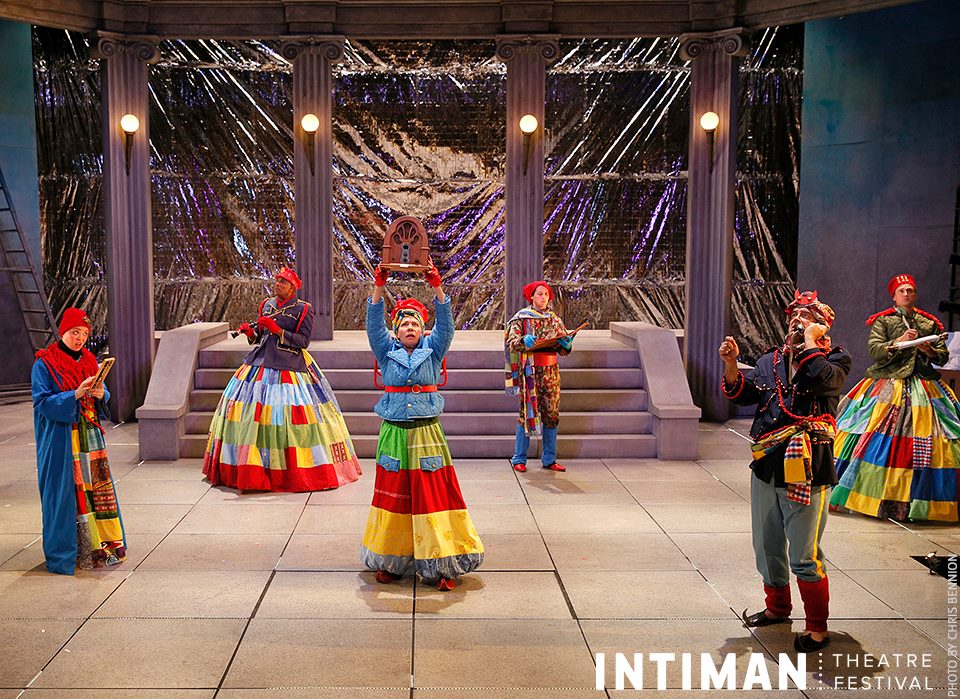 It’s September and the dreary, draggy theatrical dog days of

Review: Intiman’s “Hedda Gabler” And Her Dance Of Death

...
Previous: Check out the World AIDS Day Breakfast promo with Amanda Bearse.
Next: LOGO and RuPaul announce Season 4 contestants…no sign of Shangela in a box.