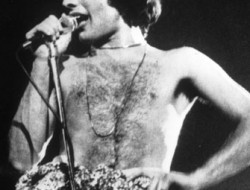 The Music of Queen Will Rock The 5th Avenue... 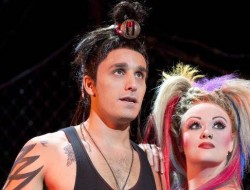 Queen’s “We Will Rock You” Star Erica Peck Reveals...

July 7, 2014 Comments Off on Just Announced: Betty Who Returns To Seattle In October Views: 1550 Arts & Entertainment, Music, Music You Should Know

Just Announced: Betty Who Returns To Seattle In October She was a big hit at the last Seattle Red Dress Party and she’s making a return appearance in the Emerald City this coming October. Seattle Theatre Group just announced the return of rising pop sensation BETTY WHO to their Neptune Theatre for Sunday, October 26, 2014. The Australian singer has had a big year so far which will cap off with her debut American album and a tour.

Betty Who will embark on a 17 city run, The High Society Tour, on October 7th in support of her forthcoming debut album on RCA Records. Who will also make her network television debut on Late Night with Seth Meyers, Monday, July 14th at 12:35 AM Pacific.

Praised for her “distinctly bright voice and arresting pop textures” (Billboard), Who has been described as a mixture of “early Madonna, Katy Perry, and Robyn” (NY Mag). Her “smart, infectious” (Elle) songwriting has solidified her place as “the next great pop star” (Idolator).

Named an “Act to Watch” this year by Time Magazine, MTV, Refinery29, Huffington Post, and many more, Betty Who’s live shows are “every bit as effervescent as the songs she sings” (Village Voice). Buzzfeed says “You HAVE to see” her.

Joywave and Great Good Fine OK will open for Betty Who.

Ticketing Information: Available online at Tickets.com, 24-hour ticket kiosks (located outside the Paramount, Moore and Neptune Theatres), Sonic Boom Records in Ballard, in person at the Paramount box office (M-F10am-6pm), or by phone at 1-877-STG-4TIX. For more information, visit STGPresents.org.