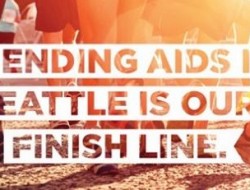 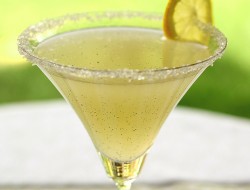 September 11, 2014 Comments Off on DonnaTella Howe, Olivia LaGarce among the next wave of banishments during Facebook’s Blitzkrieg Views: 1273 Escandalo, News

DonnaTella Howe, Olivia LaGarce among the next wave of banishments during Facebook’s Blitzkrieg We found it incredibly ironic that DonnaTella Howe was somehow avoiding Facebook’s blacklist, but she has since been ordered to rid the world of her name. Olivia LaGarce of the Haus of LadyDude, was also demanded to change her name, though she smartly found a loophole. Elsewhere, there was a hearty debate across Facebook, even among the comments on my previous two articles.

After yesterday’s report, a couple of people noted that Facebook is a free site. Facebook is NOT a free site if you have to pay for your posts to be seen. You also sometimes have to pay $5 to send a message to another user if they’re not yet on your friend list. Some commenters even tried waving around the existing policy as a means of validating their flimsy opinion.

Let me make this perfectly clear for you: Like Pages have a lot of limitations in comparison to personal Facebook pages.

Tagging anything is a nightmare, for instance, and performers use these pages to promote their product. Unless I am living in an alternate reality, Seattle doesn’t really pay their performers hardly ANYTHING close to what they deserve, not to mention drag as a hobby is expensive in and of itself. And, even if you pay Facebook to have your posts seen, the other million issues render the Fan Page obsolete.

This also isn’t just an exclusive problem for performance art, it is also affecting Native American citizens as well as our transgendered friends and family. Sure, it might seem trivial to someone that is absolutely not involved in any of those communities, but:

1. Transgendered people are already marginalized enough as it stands right now. Coming from a once progressive website that allows you to include civil unions and switch your gender to whatever makes you happiest, it seems very out of place for Facebook to force trans* people to send their government ID to the Facebook HQ. Why would they need your ID at all?

2. Why the hell are they forcing Native Americans to show their ‘real name’? Who’s to say the name that was given to them on the reservation isn’t their real name? When did Facebook become the office for Social Security?

3. As for performers, their drag Facebook served as a personal, online portfolio that was/can be used to sell themselves to local agents, clubs, and whoever else they need. Understandably, being told to ditch all of those years of photos and all of those years of networking is not only unsettling, it’s just plain unnecessary.

And so, if you’re actually wanting to help the cause, instead of uselessly commenting with outdated policies, you can head on over to Olivia LaGarce’s Change.org campaign. Seattle Gay Scene fully supports this campaign, even if Facebook/Big Brother keeps trying to shut everything down.