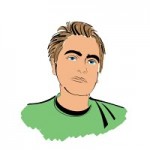 Michael Strangeways writes, edits and does about a million other jobs for Seattle Gay Scene. A semi-proud Midwesterner by birth, with the waist line to prove it, he’s lived in Seattle since 2000. In his spare time, he gets slightly obsessive about his love for old movies, the novels of Angela Thirkell,”otters”, RuPaul’s Drag Race, vodka, chocolate,”I,Claudius”, Lizzie Borden, Natural disasters, show tunes, Weimar era Germany, flea markets, pop surrealistic art, the sex lives of Hollywood actors both living and dead, the films of Joe Gage, kitties, chicken fried steak and David Bowie. But, not necessarily in that order. Adam McRoberts has lived and worked in the Seattle LGBT community for the past 10 years and is thrilled to join the SGS family. Adam specializes in business branding, marketing and promotion and is bringing his 15 years of experience to SGS in an effort to create Seattle’s premier LGBT news and infotainment website. Adam lives on Capitol Hill and is active in the Seattle LGBT community, serving on the Board of Directors for Seattle Pride since 2006, among numerous other volunteer projects for the community.

Meet our fabulous writers and contributors! L.A. Kendall has been a fixture in the Seattle Nightlife Scene for nearly two decades, playing at and throwing some of Seattle’s hottest events. She founded Seattle’s hitgirl! collective in 1997, and has been a passionate advocate for women in the industry ever since. Along with her business partner and manager, David”D$” Richey, she’s been behind such popular Seattle parties as: Kiss My Ass, Hot Mess, Hard Times (and that’s just the recent past!). She’s also a vocalist – most well known for her single”Kiss My Ass” (produced by DJ Spire), being one-half of the short lived project by electro-pop-raptresses (as dubbed by Larry Mizell Jr. of The Stranger), Luxury A.K. (with Miss Adraboo), and for her most recently released E.P. with Sammy LaForge,”The Eyes Of Laura Kendall”. A typical set by L.A. Kendall might include Classic House, Disco, 80’s/’90’s classics, Top 40, Electro Remixes, Indie Jams, and original tracks (complete with live vocals), seemlessly mixed to keep the dance floor motivated. She’s also a business lady, booking and brokering talent including: Boy George, Princess Superstar, Spinderella, Tina T, Cazwell, Amanda LePore, DJ Shortee, Avenue D, Q Boy (aka Sam LeMann) – to name just a few! She’s also worked for the last 4 years consulting on talent for, and curating/managing the DJ stage at Seattle Pridefest. Born and raised in Hawaii (the stork meant to drop him in NYC) David-Edward is a musical theatre encyclopedia according to his friends. Having co-founded an all teen musical theatre company at 14, he earned a BFA in Musical Theatre Acting from U.S. International University in San Diego. He has done over 50 roles in theatre including Norman in THE BOYS NEXT DOOR which earned him a Hawaii State Theatre Council Po’okela Award for Excellence by an Actor in a Play.
Making Seattle his permanent home 25 years ago he has acted in/directed and/or produced shows at Village, 5th Avenue, Re-Bar, AHA!, Straight Edge Theatricals, Cabaret de Paris and Thumpers. David is proud to have been Founding Co-Producer/Artistic Director of Showtunes Theatre from 1999-2009. He has also taught and coached musical theatre students. He has been Talkin’ Broadway’s regional correspondent for 15 years, and has also been a contributor to playbill.com and Backstage West. He and his husband James and their feline children Millie Dilmount and Trevor Graydon live on N. Beacon Hill. Korra Q is your personal social chameleon. She’s into sci-fi, unsparkly vampires, and chicks who kick ass. She’s probably behind you, drinking a vodka soda and silently judging the service staff. Jeffrey Robert is a stand-up comedian, humorist, and artist who is busy taking his “The Gay Uncle Explains It All To You” One Gay Show to Fringe Festivals and other stages. He also produces and hosts “The Gay Uncle Presents Cabaret Gloria” at Skylark in West Seattle. He enjoys cappuccinos, Italian neo-realism, the color orange, 1977, Soul Music, dogs, cats, Brando and banchan. Craig Trolli is an actor who performs as both a boy but also in various states of drag, including his version of Melanie Griffith, Meredith Baxter-Birney, and Sophia in Golden Girls Burlesque. He’s hoping to one day do a show called “Craig: a One Women Show”, which would hopefully explain why he thinks any of this is a good idea. If you have an opinion about that, send us your feedback! Brad Gilligan is one of our more polarizing writers. Born in the Midwest, his presence was bestowed upon us thanks to the United States Air Force. He has since retired from fighting for our freedoms, moved to Chicago, but remains a part of our staff reporting on pop culture, club kids/events, as well as other various topics to push your buttons. Ary Den Otter is an aspiring photographer and avid automotive nerd. When he’s not pouring over news of the hottest new rides, you’ll likely find him on a dirt trail far from the city. Ary is prone to long weekends spent exploring the great Pacific Northwest, getting his Toyota truck stuck in the pursuit of the next undiscovered abandoned place. Originally from Illinois, Ross Cornell started dancing at the age of 6. Since then he has performed with several dance companies and studied dance performance at NYU’s Tisch School of the Arts. As an actor he has performed all over the country including the national tours of Footloose, The Music Man and CATS as well as locally at Village Theatre and The 5th Ave Theatre. Although retired from the stage, Ross keeps those dancing feet entertained as a professional ballroom dancer and instructor, not to mention choreographing productions for a popular drag brunch. Let’s just say, he never stops moving!

Last, but certainly not least, the rest of the SGS Family! In addition to maintaining the site here at SGS, Brian Donahue also contributes design work to Seattle Pride and works full-time at a marketing firm in Belltown. Brian’s loves include design, coffee, and cats. Referred to only as Bill W., he has been active in Seattle’s gay scene for close to twenty years. And with a unique perspective on local gay entertainment his blog doesn’t fixate on any specific genre but covers everything gay; from the classic mega-circuit party to Seattle’s vibrant alterna-gay scene. The founder and publisher of the Seattle Gay Scene, he is proud that in 2015, the site will begin its ninth year of operation.