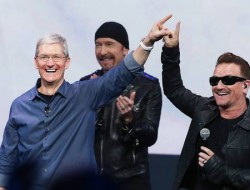 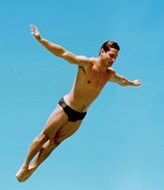 Apparently, some Girls just want to write hugely successful, Tony Award winning musicals…iconic pop star and songwriter CYNDI LAUPER added another notch to her resume last year with the premiere of Kinky Boots, the Broadway musical based on the 2005 cult film about a failing shoe factory and the drag queen who helped save it. Unlike the movie, the musical was a huge hit and the 1st national touring company of the show hits Seattle this week for a multi week stop at the 5th Avenue Theatre. You can grab tickets to see this very queer friendly show over HERE, (or click on the ad to your right….), but first check out our chat with the Divine Ms Lauper, the second we’ve done this year. (Check out the earlier interview HERE!)

ED: What attracted you to the Kinky Boots project?

At the start it was all about working with Harvey Fierstein. He called and said “hey would you like to work with me on a ….” and before he even finished the sentence I said yes. I have always wanted to work with Harvey. And of course the subject matter had to speak to me too but the idea alone of working with Harvey Fierstein who is one of the greatest gifts to Broadway was just thrilling to me, not to mention getting to work with Jerry Mitchell, who I met doing the Gay Games many years ago. Harvey told me to watch the film, which I hadn’t seen and really didn’t know about, and after I watched it I just knew that only Harvey could bring the story to theater and because the story has such a great message I had a million song ideas before the film even ended I was inspired by it.

ED: What are your thoughts on the popularity of Kinky Boots nationwide?

CL: I think it’s such a universal story that it hits home with most people. Feeling inadequate or wanting to be part of something bigger; more substantial; something fulfilling without losing yourself in the process. The message of the show is “be who you want to be”, and that is where you will find your strength That’s such a great message – and it’s such an uplifting, entertaining show that everyone leaves the theater happy.

ED:  Is it difficult to write music for a musical?

CL: It’s definitely different but I didn’t find it difficult. Your job as the songwriter, as the composer for musical, is to help move the story forward in song. So you have to just figure out what the character is going through. You have to put yourself in the shoes of that character and find out how they are feeling. It is, of course, a lot different than writing your own songs.

ED: What was your favorite part of the process?

CL: Being part of this amazing team, to start at the beginning and bit by bit bring the story to life on stage was just awe inspiring.

ED: What is your least favorite part of the process?

CL: I wouldn’t say I had a least favorite part. I had to learn some new skills but it wasn’t distasteful, just different. For example, you have to put your ego aside, sometimes a song just didn’t work, or the book would change after some workshops so a song I wrote and love and got attached to didn’t make sense any more, I kept trying to sneak it in, so that’s when you have to realize it’s not about you and your contribution only it’s about the greater good for the story and what’s great for the show And that was a great learning experience

ED: When is your next musical scheduled for release?

CL: As a matter of fact I am in talks right now on a few projects, but I can’t talk about them just yet!