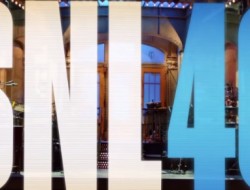 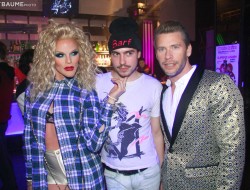 Gird (or ungird them, if you’re playing the “Have Intercourse With As Many RuPaul Drag Race Queens As You Can” Slut Contest….) because a gaggle of them are coming to town for tonight’s big “BOTS” show (aka: Battle of the Seasons) at the Showbox/SoDo, 1700 1st Avenue South in the heart of Seattle’s “Where the Hell Am I?” District. Tickets are STILL available for the 8pm show and a line-up now scheduled to apparently include:

Michelle Visage is normally the host for the BOTS shows, but we’re guessing she’s still recovering from her appearance on Celebrity Big Brother in the UK and her battles with fellow house mate, Perez Hilton, ’cause she’s now apparently not on the bill. Bianca Del Rio is now the designated host.

You also have the option of attending Nark’s clever coattail event, the unofficially/official but not really ShAfter Party event at Neighbours tonight with host Willam and a gaggle of locals and maybe/probably much of the cast from the BOTS show wandering in to chillax after their official gig at the Showbox/SoDo. Here’s the poo on DAT:

TICKETS AVAILABLE AT THE DOOR, ENTRANCE IN THE ALLEY WAY, $20 CASH OR CREDIT

The unofficial but totally offical afterparty to the Battle of the Seasons tour with the only contestant to be DISQUALIFIED, the rowdy crossdresser shimself, Willam!

Fagswag giveaways, body shots, super fun shit and a magnet for all them queens performing down at the Showbox Sodo needing an after show COCKtail. GET YOUR FILL.

Grab tickets to this event over at StrangerTickets, or just show up tonight with $20 and your I.D.

That’s a lot of Drag Race gurls….If you’re trying to “collect” all of them, then Good Luck.