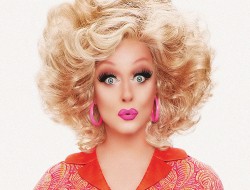 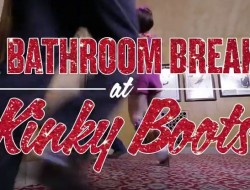 They just don’t know it yet!

For now, she’s Seattle’s sweetheart…the daffy and delightful comedic dance icon known as CHERDONNA SHINATRA is back with a world premiere of her brand new theatrical dance piece, “Clock That Mug or Dusted” which opens this Thursday, June 2, 2016 for a two weekend run at the Velocity Dance Studios. And, like many of Cherdonna’s theater pieces, it combines crazy drag style and sly humor with underlying messages about making social change and awareness of feminist issues.

Yes. Cherdonna is an enigma wrapped in a conundrum bundled up in enough make-up and glitter to choke a Liberace impersonator.

If you also j’adore her, you need to go snatch your tickets NOW because some performances are already sold out…grab tickets and more info, down below!

WORLD PREMIERE. “Clock that Mug or Dusted” is part two of a three part suite – “one great, bright, brittle alltogetherness,” brought to you by beloved drag/dance bio-fem icon Cherdonna Shinatra. In a homage to feminist performance artists, such as Janine Antoni and dance artist Anna Halprin, and their focus on the body as a canvas for social change, rebellion, community, and personal expansion–this performance will combine vintage feminist ideals with present day queer drag vision.

Cherdonna is an enterprise is concealing and revealing, re-interpreting and re-contextualizing femininity, and queerness. A visual art piece will be constructed using cake on canvas, the body as the brush or tool, and movement as the technique producing a take home work of art each night. This evening length version will mutate and mature transferring into the larger spectacle.

“Clock that Mug or Dusted” is commissioned and produced by Velocity Dance Center’s Made in Seattle new dance development program.