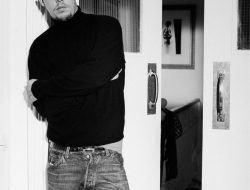 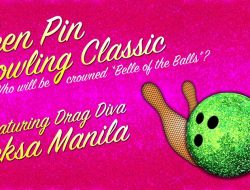 August 1, 2018 Comments Off on Robyn is “Missing U” Views: 1121 *Seattle Musicland, Arts & Entertainment, Music, Music You Should Know Today, Robyn releases her new single “Missing U,” her first new music as a solo artist since Body Talk in 2010, via Konichiwa/Interscope Records.  One of the most highly-anticipated songs of 2018, “Missing U” was recorded and written in Paris and Stockholm, and sees Robyn teaming up Joseph Mount (Metronomy) and long-time collaborator Klas Åhlund (Robyn, Charli XCX, Madonna) to write and produce the track.

“‘Missing U’ is a song about this trippy thing that happens when people disappear, it’s like they become even more clear and you see them everywhere,” says Robyn.

Accompanying “Missing U” is a short film Robyn created with director Danilo Parra on a recent trip to New York, reconnecting with fans at a long standing Robyn club night. She confesses “Missing U” is “also a little bit of a message to my fans, that I’ve missed them”.

“Missing U” was premiered today by Annie Mac on BBC Radio 1. Listen to the full interview here.

LISTEN TO “MISSING U” HERE.

Robyn is one of the most influential artists of modern times. A pioneering talent with a powerful commitment to championing women in music and technology, Robyn’s impact on pop and dance music shows no signs of slowing in 2018. Across five studio albums and a career spanning twenty-three years, she’s accumulated five Grammy nominations, hundreds of millions of streams, four UK top ten singles, and created some of the most iconic songs of the past two decades, including “Dancing On My Own,” “Call Your Girlfriend,” “Hang With Me,” and “With Every Heartbeat.”