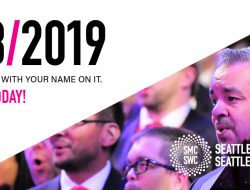 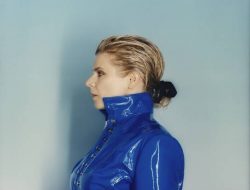 Fashion fiends, especially ones who still mourn the loss of Alexander McQueen, arguably the last great fashion innovator, need to mark their calendars for a special event in September. The documentary film MCQUEEN, which has already made a stop in Seattle back in June during the Seattle International Film Festival, where it played to very enthusiastic audiences, will pop BACK into town on September 8th for a very special event.

Pacific Place Seattle is teaming up with Seattle Magazine for a screening and fashion event at the downtown swanky mall (which is curiously rather empty right now….they’ve apparently lost quite a few tenants lately…worrisome) The event begins with  mid morning nibbles and a fashion show followed by the movie screening upstairs at AMC Pac Place.

It’s an EARLY event (the crack of 10am on a Saturday…how ungodly) so set your alarm clocks.

Oh, and the event benefits Forefront Suicide Prevention….you can grab your tickets HERE!

This seems rather like a “Bellevue Ladies Who Lunch” kind of event but I encourage rowdy fashion gays to show up and liven up the proceedings with gleeful reverence of the very out gay icon who made fashion dangerous and fun again in the 90s and early 00s.

More deets on the event: Grab your BFF and join Pacific Place Seattle and Seattle magazine for a fashion meets film special showing of MCQUEEN at AMC Pacific Place 11. This critically acclaimed 2018 documentary celebrates Alexander McQueen, the radical genius and his profound influence on the world of fashion. Through exclusive interviews with the designer’s friends and family, recovered personal archives, and artistic visuals and sounds, this deep dive into the mind of McQueen is as elegantly brilliant as the man himself.

Doors open at 10 am, fall trend presentation begins at 11am, and then it’s showtime!