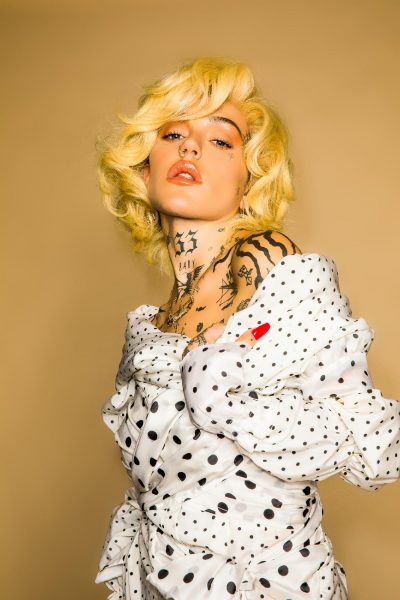 Is Brooke Candy a “Gaga Clone” or the real deal? She has the looks but does she have the hooks?

“This song combines two sides of my personality: the whimsical, innocent little girl and the confident, hyper-sexualized woman,” says Brooke on the track. “Getting the chance to work with Betsy Johnson, Cupid, Charlie Le Mindu, and the insanely beautiful cast of ICONS deep in the forest and surrounded by the majestic beauty of Mother Nature felt like a fantasy. I’m in love with how it turned out!”

Celebrating her own freedom from major label censure and furthering her mission to eradicate shame, SEXORCISM launched into the top 4 of the iTunes Hip-Hop Chart upon release and unleashed Brooke‘s raw, pent-up sexual and creative energy. PRESS HERE to listen to the album which was mostly produced by OscarScheller and features production from SegaBodega, RafRiley, AndrewGoldstein, and CarlRyden.

Boasting an all-star, all-femme lineup of fearless artists such as CharliXCX, RicoNasty, IggyAzalea, ErikaJayne, MaliibuMiitch, VioletChachki, and more, SEXORCISM is an inclusive moment of release that hopes to inspire women to be unashamedly creative and unapologetically themselves. The album features Brooke’s recently-released singles “FMU feat. Rico Nasty,” “Freak Like Me feat TOOPOOR,” “Drip feat. Erika Jayne,” and “XXXTC” feat. Charli XCX & Maliibu Miitch,” which has racked up over 3 million streams. PRESS HERE to watch the video, a surreal CGI-enhanced stripper fantasy.

Heading out on her own intimate European tour in February of next year, Brooke will hit major cities including London, Paris, Berlin, and Amsterdam. This December 13, Brooke will take to the stage at Ladyfag’s Holy Mountain: Witches Sabbath event in Brooklyn, New York (PRESS HERE for tickets).

Brooke appears on “Shake It,” a fan favorite from Charli XCX‘s Charli album, alongside BigFreedia, CupcakKe, and PablloVittar, and recently wrapped supporting Charli XCX on the west coast leg of her North American tour. Brooke also recently collaborated with Danity Kane‘s DAWN on “Ay Papi,” UK hip-hip/pop powerhouse Bree Runway on “Big Racks,” and Sega Bodega, who contributed sound design to her landmark adult film I Love You after Brooke directed a video for his self*care project.

An unstoppable creative force, Brooke‘s polymathic artistry as a musician, director, creative, and performer has seen her grace the covers of Paper and Galore, as well as receive praise from Vogue, Harper’s Bazaar, Billboard, Pitchfork, Noisey, MTV, GQ, Stereogum, The FADER, i-D, Paper, Nylon, V Magazine, Out, Vulture, and more. Her recent directorial credits behind-the-camera include SegaBodega‘s “GagReflex” and her own high-art, conceptual adult movie which premiered on Pornhub and was shown at the Museum of Contemporary Art in Barcelona in its own exhibition. Brooke also styled Lizzo‘s “Truth Hurts” video and, in fine art, has been welcomed by way of collaborations with Brooklyn Museum of Art, Miami Art Basel, MOCA, and more. 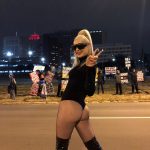 Previous: Kim Petras Has A Cheeky Response To Homophobes 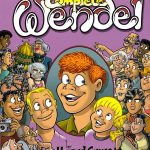