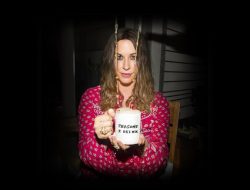 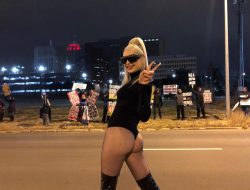 Kim Petras Has A Cheeky Response To Homophobes

Join George, Clarence, and ZuZu for “It’s A Wonderful Life” LIVE On Stage

It’s become a seasonal Seattle treat for theater lovers “in the know”. It’s the annual LIVE onstage production of the beloved Frank Capra Christmas classic film, IT’S A WONDERFUL LIFE, which starred Jimmy Stewart and Donna Reed about a man who finds out just how wonderful (and important) a single life can be.

It’s produced by Theatre Anonymous partnered with The 14/48 Project and it’s a show with a twist…the cast is completely unknown to one another until the night of the show, which in this year’s case is Saturday, December 7th at Cornish Playhouse at Seattle Center. Each local actor is secretly cast and individually rehearses with the directors…on the night of the show, all the actors are seated in the audience and as it comes time for each character to say their first line, the actor rises up from their seat to give the line and proceed to the stage.

You can grab tix HERE and more on the show below:

Who will be the next George Bailey? Theater Anonymous presents “It’s a Wonderful Life”

SEATTLE, WA – The 14/48 Projects continues its holiday tradition with Theater Anonymous presents It’s a Wonderful Life on Saturday, December 7, 2019 at 8:00 pm. This special stage adaptation of the timeless classic It’s a Wonderful Life plays one-night-only in the Cornish Playhouse at Seattle Center.  It’s not just a heartwarming play; it’s a fundraising party, it’s a singular feat of theatrical daring, and it’s a great way to kick off your holiday season!

The premise of Theater Anonymous is simple. Nobody knows the cast, not even the cast. Approximately 30 actors have been selected through an invitation process and each will rehearse one-on-one with co-directors Julia Griffin and Shawn Belyea, never meeting their fellow actors. Actors must take an oath of secrecy and are allowed to tell only one other person on earth that they are participating. Actors enter the theater in street clothes, sit with the audience until their first line, and deliver it from the audience before joining the rest of the cast onstage. It’s an exciting, fly-by-the-seat-of-your-pants evening of theater that celebrates Seattle’s amazing theater community. Who will be the next George Bailey? Who will play Mary? Potter? Clarence? Nobody knows, and it could be the person sitting right next to you.

“It’s a Wonderful Life” (based on the Frank Capra film and the short story by Philip Van Doren Stern) was adapted for the stage by Shawn Belyea and Jodi-Paul Wooster. Co-directed by Julia Griffin and Shawn Belyea.

Theater Anonymous presents It’s a Wonderful Life will take place at the Cornish Playhouse in Seattle Center on Saturday, December 7, 2019 at 8:00pm (doors open at 6:30pm for pre-show merriment: cocktails, contests, and entertainment). General admission tickets are $25 in advance and available at http://click4tix.com/anonymous. Special Elite Ticket Holders get reserved seats, drink tickets, and more for only $48. A limited number of special VIP experiences including a catered dinner with wine pairings are available for $135.

Produced by The 14/48 Projects and licensed from The Anonymous Theatre Company.

The 14/48 Projects is currently in its sixth season producing 14/48: The World’s Quickest Theater Festival, Theater Anonymous, and other collaborative artistic events. The 14/48 Projects continues to develop an international network of 14/48 Festivals, and recently partnered with 14/48: UK for 14/48: Takeover International with professional artists producing scripts written by students simultaneously in three locations in the US and Great Britain. We continue to support 14/48: HS, an entirely student-run festival, and are in the middle of a six-year production agreement with ACT Theater, making our signature festival a cornerstone of the ACTLab program. Our Partner Project program continues to support new work by festival veterans all around Seattle, including the recent production of We Go Mad at 18th & Union. The 14/48 Projects is led by President Jodi-Paul Wooster and Executive Director Shawn Belyea.