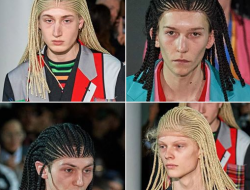 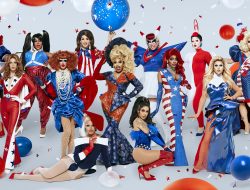 Review: “The Rivals” Is A Crapulent Endeavor Of Derisionany Delight

Seattle Shakespeare Company has some sparkle going on with their non-Shakespearian offering of the 18th century comedy of manners, THE RIVALS by Richard Brinsley Sheridan. And, by sparkly I mean some of the pretty costumes designed by Doris Black…not much else sparkles here in a very loooooooong night of mannered comedy. The Rivals is old school theater of the five act variety which means we’re lookin’ at a running time of two hours 15 minutes or so.

I’m not saying you can’t produce these lovely old school comedies but if you’re going to do so, then either have a brilliant director and cast on hand and/or do some trimming of the material. Otherwise you just sit in the theater feeling your life ebb away watching a comedy that has about three too many plots going on and way more characters than are needed.

The Rivals centers on young lovers (naturally) with silly Lydia only wanting to have fanciful romances like the kind you read in cheap novels while also silly Captain Jack creates an alter ego to woo silly Lydia. There’s also a second pair of lovers that are less silly (or, are they more silly?) but of absolute zero interest…in fact, every time Faulkland and Julia have a scene, our interest in them and the play starts to enter into the negative digits. Time not only stops during these scenes but actually starts to run backward.

Lydia also has other tiresome suitors including a foppish noisy bumpkin and a non-foppish yet still noisy Irishman but both equally tiresome. Plus there are “funny” servants (aren’t there always funny servants in old plays?) There’s also the most famous character, that of Lydia’s guardian Mrs. Malaprop who has a habit of misusing words in her conversations. She of course is so beloved that her name actually became the word we use to define such misuse as a “malapropism”. She really is the sole reason to see this play in this day and age; she is a splendid creation and Sheridan obviously had a great deal of fun with her and coming up with her lines. And, to our benefit we have the very talented Seattle actress Julie Briskman superbly playing the role so at the very least, this production has a couple things going for it.

So, we have a play with too many characters and contrived plots and bits of business and it’s hideously long and tiresome. Should you never see a production of The Rivals? Of course not, but as stated up above, you need a gifted director and cast to make it work and while this production has several talented actors in it, it isn’t blessed with strong enough direction from Seattle Shakespeare Company’s artistic director, George Mount. This production either drags or else becomes irritatingly fussy with bits of dumb business and gimmicks like live music video sequences…which was cute when I did it in my Intro to Directing class in 1984 but not nearly as clever 35 years later where it just feels like a cliché.

Other than some pretty costumes and Julie Briskman as Mrs. Malaprop, there’s not much else to recommend. And, I am unanimous in that statement and belief.