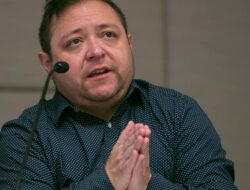 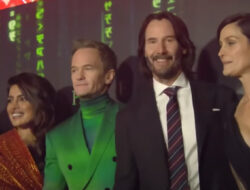 TomboyX Partners Up With Matrix: Resurrections

Sad news for fans of Jinkx Monsoon and BenDeLa Creme. The one time Seattle drag queens were bringing their annual holiday show to Seattle’s Neptune Theatre this week but the evil spectre of Covid-19 has appeared to shut their tour down.

It all began last week when the troupe was forced to cancel gigs in Los Angeles and San Francisco due to a cast/crew member being diagnosed with Covid-19.

On Sunday, December 19th, BenDeLaCreme Productions announced they were postponing the Seattle run as well:

Out of an abundance of caution, we deeply regret to announce that in addition to the postponement of San Francisco’s performance tonight, we will also be postponing all Seattle performances. We hope to be able to reschedule these shows for a big Christmas in January hurrah, but we are cautiously taking it day by day in light of the unprecedented surge of COVID infections nationwide. We thank you for your understanding and we will sorely miss spending the holidays with you. We are all devastated but determined to return to the stage as soon as it is safe to do so.

All of our love and best well wishes,
BenDeLaCreme Presents

They’ve also canceled/postponed their Vancouver, B.C. gig but no word on their post Xmas Day show scheduled for Portland, OR.

Live stage shows around the world are being canceled as the latest Omnicron variant of the virus sweeps the globe. Numerous shows on Broadway have had to shut down and the United Kingdom shut down all stage productions last week including Seattle’s own Dina Martina in London to perform her holiday show.