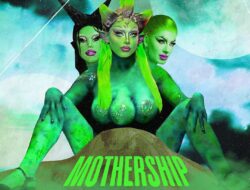 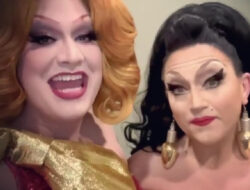 After a year of searching, the Greater Seattle Business Association, aka the GSBA, aka “Seattle’s LGBTQ Chamber of Commerce” has announced they’ve found a new president and CEO. Interim leaders have led the GSBA since longtime head Louise Chernin retired a year ago.

The new president is Michael Soto who will relocate from Arizona to take up his new role in Seattle.

GSBA, Washington’s LGBTQ+ and allied chamber of commerce, is proud to announce Michael Soto as its newly appointed executive director, replacing Louise Chernin, who stepped down in 2020. Soto was selected after an extensive nationwide search for the ideal candidate to grow and further develop GSBA’s mission to bring communities together through business while advocating for civil rights by supporting small businesses, promoting LGBTQ+ tourism, and investing in the next generation of leaders.

Soto is a seasoned leader for LGBTQ+ liberation and brings a depth of experience in policy and advocacy along with a social justice leadership background. He will work closely with small business, corporate, and nonprofit members to advocate for and provide visibility to workplaces that seek to advance equality and civil rights through business. Soto looks to foster relationships with nonmember small businesses and nonprofits, large corporations, and government entities to continue GSBA’s efforts to support equality, diversity, and inclusion in the workplace, as well as sponsor leadership development for LGBTQ+ and allied students and young entrepreneurs through GSBA’s Scholarship & Education Fund.

“We are thrilled to have Michael joining GSBA as our new President and CEO,” said Jay Petterson, managing partner of Blue Wave Political Partners, who led the hiring search. “His deep experience in policy and advocacy will be instrumental to GSBA’s continued success regarding the issues facing small businesses across the state. Michael has been a fierce advocate for equality for all for a number of years. His experience on the national stage will further GSBA as a leader for the LGBTQ+ community.”

Soto joins GSBA after most recently serving as the executive director of Equality Arizona, a nonprofit organization dedicated to LGBTQ+ rights and community activism. He led a statewide team to ensure that more LGBTQ+ people were appointed and elected in social, civic and economic life throughout Arizona. During Soto’s tenure, Equality Arizona grew into a fully staffed, statewide nonprofit with a strong and diverse membership and diversified funding streams, as well as an influential force for political endorsements. Prior to his time at Equality Arizona, Soto was the economic equity policy director for the Arizona Community Action Association, developing, researching and analyzing public policy priorities for its economic-equity five-year strategic plan.