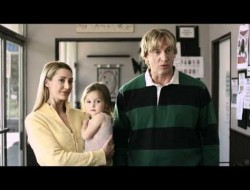 August 25, 2011 Comments Off on Jane Birkin and Woody Allen are both headed to Seattle…but, not at the same time. Views: 1257 #Theater and Stage, Arts & Entertainment, Stage

Jane Birkin and Woody Allen are both headed to Seattle…but, not at the same time. Seattle Theatre Group (STG) released some info on upcoming shows at their venues (The Paramount, The Moore, and The Neptune) today and there are some big names. Jane Birkin, (not the iconic hand bag) actress/singer and muse to her lover the late Serge Gainsbourg, the beloved French singer/songwriter/actor. She’ll be performing a tribute to Serge Gainsbourg on Tuesday, November 29, 2011 at 8:00pm at the Neptune. Here’s Ms Birkin’s rather free-flowing reason for touring:

“Why do another tour, another concert? Well, when it was going to be conventional, I too wondered why I was singing Serge again, even if it was celibrating the 20 years after Serge’s death, even if it was a very personal 40 years since “Melody Nelson” but what did I have to offer … i’d done it all before, Serge in pop, arabesque, classic quator,  14 musiciens, 6 musiciens, a harp, a squeeze box, violins … this year others have started, their “Serge” was a new point of view, their interpretations… so I started contemplating, putting it all off … “

Unlike hand bags, which are so utilitarian and straight forward. You can't afford it.

STG also announced today a slew of new bookings for the 2011/2012 season including a rare appearance by Woody Allen, with his Jazz Band, (and undoubtedly Soon Yi) and a not so rare appearance from native son, Rainn Wilson.

These new shows aren’t available for single ticket sales yet, but you can subscribe to get an early bird shot at getting good seats:  “All these shows and more are available now through subscription. Forms are available online at www.STGpresents.org.” Woody and the Little Lady are coming to Seattle. Don't tell Mia.