The Power Of Beefcake Compels You To Go To... 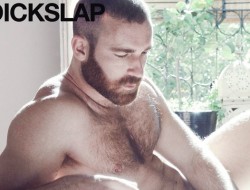 October 12, 2013 Comments Off on Jack at The Eagle Throws A Saturday Shindig With Grace Towers / Christy Love / Amoania Views: 1422 Nightlife, We Love The Nightlife In the beginning, there was Jack, and Jack had a groove. And from this groove came the groove of all grooves. And while one day viciously throwing down on his box, Jack boldy declared…”Let there be HOUSE!”…and house music was born.
–Special Saturday Edition!–
Special Affair…
* NARK VS. CHRISTY LOVE
Christy Love (House of Stank, NYC) wants to whip us down one beat at a time, everyone is in for some punishment tonight during this tag-team house-off.

Special performances from…
* GRACE TOWERS (SF)
Grace Towers, fierce bearded hell on heels, you might want to watch out for this one.

* AMOANIA (SF)
Our lady of the night returns to us, and she ALWAYS has something major up her sleeve, welcome home Amoania proper.

Hosted by-
* Zakaria Ibrahimi
Bearded lady is in fact in full effect tonight.