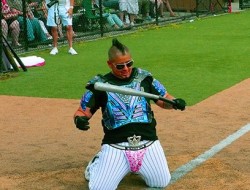 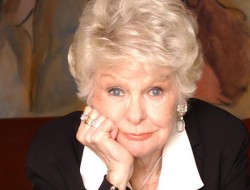 Comedian Nick Swardson hits Seattle’s Moore Theatre on October 16…no word on whether his “Reno: 911” character, the gay hooker Terry will also make the trip…

Seattle Theatre Group announced some interesting acts coming to Seattle for October. The hipster than thou comedy musical duo of GARFUNKEL AND OATES will hit The Neptune on October 4th and snarky comedian NICK SWARDSON bops into The Moore on October 16th.

Garfunkel and Oates is a Los Angeles based comedy/folk duo made up of actresses Riki Lindhome from The Last House on the Left, Changeling, and My Best Friend’s Girl, and Kate Micucci from Scrubs, and When in Rome.

In June 2009, CNN did a piece on the band because their pro-gay marriage song, “Sex with Ducks,” was causing debates in the political blogosphere. Their first album, Music Songs, was released on iTunes in August 2009.

As for funny dude Swardson, he’s probably best known for his trashy gay hustler “Terry” on the TV show, “Reno: 911” and for his own sketch series, “Pretend Time with Nick Swarson” which included the amusing, “Wheelchair Cat Trust Fund Kitty” about said cat who had some issues with “powdered donuts” and other controlled substances.
Mo’ on Mr. Swardson’s gig:

Every so often, a comedian comes along who emerges as a triple threat: comedian, actor and writer/producer. Nick Swardson is one of the most exciting artists to have taken on this role.  He is best known for his recurring role as Terry Bernadino in the comedy series Reno 911!, and this fall, he’ll be embarking on his “Taste It” tour with tickets going on sale July 18, 2014 at 10:00 AM. Nick’s 40+ date tour will commence in Austin, Texas where he’ll be filming his special!