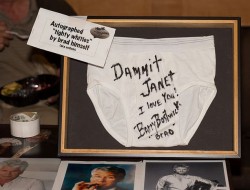 Some SPOOOOKY Photos From “Mad Monster”…Including Patricia Quinn and... 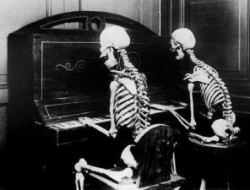 Celebrate Your Dark Side. No Exclamation Points. At The... Anyone notice how this year’s Emerald City Comicon received a majority of female attendees for the first time ever? Or that women’s issues in fandom and gaming are finally taking a forefront in the media?

This weekend, Oct 11 & 12, go be a girl. Like a girl. Without fear of judgment, drooling fanboys, or pressure to wear a Wonder Woman costume. Come as you are: your most awesomely intelligent and comfortable self. And for once at a Con, that will be good enough.

It’ll be at The Conference Center at 800 Pike Street, across from the Convention Center. Featuring a huge array of panels and artistry, you’ll be treated to everything a fangirl can ask for (except Linda Carter herself)! Highlights include exploring how to make a living as a nerd, what to wear when you can’t find what you want to wear, being an awkward nerdgirl and what you want to do about it, sexuality, science, women in comics, crossing genders and fandoms, the whole nine yards. Oh! and ALL THE GAMING. There’ll be a concert, family-friendly stuff (of both meanings), a costume contest, and connections to other nerdy gals who are professionals in their fields. Basically the best combo of Take Your Daughter to Work Day and ComiCon for nerds/geeks. So what’s with the previous two Wonder Woman references? Susan Eisenberg will be there! The voice of our beloved feminine icon (as well as some of your favorite game characters)! [insert nerd squee here] She will be the feature of a panel titled, “The Voice of Wonder: Spotlight on Susan Eisenberg.” Also, she will host a Justice League viewing party on Sunday at 11am, complete with banter and behind-the-scenes insight. Not gonna lie, I might just die.

Apparently, the panel not to miss is “Double Others,” in which people of color are discussed in the realms of non-human characters and stories. Discussion fit for a university, I believe. SakuraCon will be visiting, as well as some of your favorite local comic shops and publishers. And the MERCH. Always the merch!

Cosplay or not, the choice is yours! In case you haven’t gotten it, this is your one chance to celebrate exactly who you are with your fandom and geeky glory. It can be difficult to enter a large convention and feel comfortable to be yourself. GeekGirlCon is here to change that. So please, engage. (Yes, that was a ST:TNG reference.)