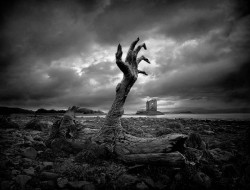 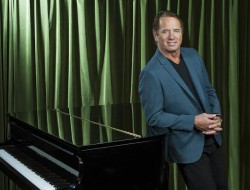 It’s a very Gay City Halloween at BUMP! 2014 with BenDeLaCreme and Lady Bunny BenDeLaCreme werks it as a She-wolf at BUMP! 2013

Halloween, one of the biggest Gay High Holy Days, is fast approaching, and the best way to start off your weekend festivities will be BUMP! 2014, Gay City’s fa-BOO-lous annual Halloween party benefit. BUMP! is still going strong in its 31st year, offering Halloween party goers a chance to get dressed up and get down at an amazing Halloween event while supporting Gay City, Seattle’s well loved LGBT health and wellness organization.

There’s a spook-tacular lineup this year, including Seattle’s own BenDeLaCreme and the hilarious Lady Bunny. Bunny couldn’t be more excited to take the stage with Ms. DeLa.

“I just met her in Provincetown,” she said, when told about sharing the stage with one of Seattle’s beloved drag queens. “I’ll be happy to ride on her coat tails.” Superthreat, the amazing duo made up of DJ Nark (Nark Magazine, Bottom Forty) and Amoania, will be returning to the decks after their triumphant debut at BUMP! in 2011. Joining them on the tunes will Jimi Jaxon (Disco Droppings, 7 Deadly Records). The witchy Markos Sisters will be your hostesses in the exclusive BUMP! VIP Lounge, where VIP guests will have a chance to meet BenDeLaCreme and Lady Bunny after their midnight show. VIP guests will also enjoy 2 cocktails, coat check, and a separate entrance line included in their ticket price.

The night wouldn’t be complete, of course, without the famous BUMP! $1,000 Costume Contest, with more than $1,000 in cash and prizes up for grabs.

Gay City Health Project is a community based LGBT health and wellness organization with a nearly 2 decade long history in Seattle. In addition to providing free, donation based HIV and STI testing for gay and bi men, as well as trans people who sleep with men, Gay City is also home to the LGBT Resource and Referral Center, the Michael C. Weidemann LGBT Library, and the Calamus Auditorium, home to Gay City Arts. BUMP! is being produced for Gay City by Nark Magazine, who brings Seattle such incredible events as Gender Blender and Fierce Queen.

BUMP! takes place on Thursday, Oct 30 at Neighbours Nightclub (1509 Broadway) on Seattle’s Capitol Hill. Doors open at 9pm. Advance tickets start at $30 and can be purchased online at strangertickets.com