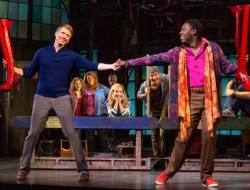 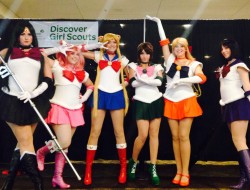 SLGFF Heads Into Final Stretch For The 19th Time

For fans of the Seattle Lesbian & Gay Film Festival, it’s very much apparent that the clock is ticking. Today & tomorrow (Saturday & Sunday, October 18/19) are the last two days for the 19th annual festival produced by Three Dollar Bill Cinema. That means it’s time for the diehard Super Fans to cram in as many films as possible and for you lazy ass dilettantes/busy people who WANT to see films but haven’t…..YOU’D BEST GET CRACKIN’!!!!

Fortunately, there’s some gems still left in the final two days including a screening that starts about an hour and a half after this posting…the 1pm screening of In With The New Out: LGBT Web Series Panel at the AMC Pacific Place Cinema, 600 Pine Street, will include episodes from five popular queer web series including the locally made “Capitol Hill” created by filmmaker Wes Hurley and starring Waxie Moon. Mr. Hurley and Mr. Moon will both be on hand for the panel discussion along with the curator for this program, “Wallflowers” creator Kieran Turner, along with Joe Dietl, the head bear at “Where The Bears Are” and “He’s With Me” creator and star Jason Cicci. For fans of the genre and for those wanting to create their own web series, this is a must not miss opportunity! (Plus, this is an early bird $5 screening for both members of Three Dollar Bill cinema and the general public!)

Later on Saturday, there’s a documentary film sure to appeal to Seattle’s many fans of Roller Derby. Following in the tradition of the locally made Blood on the Flat Track, the 2007 film about Seattle’s kickass Rat City Roller Girls directed by Lainy Bagwell and Lacey Leavitt, comes In The Turn, a film making its World Premiere at SLGFF. More info!

The Vagine Regime is no ordinary women’s roller derby team—it is an “international community of proud queer roller derby folk and radtastic allies” fostering “derby love.” Since the revival of the sport in the early 2000s, teams around the globe have been pushing to promote women in team sports and give full appreciation to LGBT athletes. IN THE TURN focuses on the diverse and touching stories of queer derby players and their followers. So bring your “pack”—and your tissues—and get ready for the raw excitement of the roller derby world as seen through the eyes of the Vagine Regime.

Director Erica Tremblay and other guests will be in attendance.

After the screening, the Saturday night SLGFF nightly after party will be held at Gordon Biersch, just across from AMC Pacific Place Cinemas. It’s a free event to SLGFF pass holders and ticket holders to this film and the 7pm screening of Xenia, also at AMC Pacific Place.

In this taut thriller from the producers of JUDAS KISS (SLGFF 2013), Keegan Dark (Blaise Embry, Weeds) returns home after a long estrangement to live with his mother, Celeste, who runs the family vineyard. Celeste has remarried, and Keegan has to put up with his sinister stepbrother Jake (Sean Paul Lockhart, JUDAS KISS aka adult star Brent Corrigan) while also being inundated with painful photographic memories of his past. As the conspiracy to gain control of his family’s fortune deepens, Keegan doesn’t know who to trust.

Director Jody Wheeler and Producers Steve Parker and Carlos Pedraza will be in attendance.

Sadly, no Sean Paul/Brent in attendance. He’s probably still mad because we JOKINGLY referenced his porn past when writing about Judas Kiss 3 years ago and at that time, Mr. Lockhart/Corrigan was trying to establish himself as a legit actor. I had a purdy photo of the actor and made a tacky remark that it was sad that Mr. Lockhart/Corrigan didn’t expose his rosy pink bunghole in the soft core Judas Kiss; after all, the performer was well known and admired for the rosiness of said orifice. It made him a star! Mr. Lockhart/Corrigan saw the post (yes! “Stars” read SGS!!!) and got upset and contacted a mutual friend to contact us and ask us to remove the offending remark. To be nice to our mutual friend, (who hoped to eventually work with the actor) we were “nice” and took down the “rosy pink bunghole” remark. Albeit reluctantly since THOUSANDS OF IMAGES of said bunghole exist all over the Intertubes.

Regardless, Mr. Lockhart/Corrigan and his probably not as rosy bunghole (it’s been three years and a lot of wear and tear will dim the lustre of a rosy pink bunghole….) are not scheduled to attend tonight’s screening.

For the full schedule of Saturday’s films, go HERE!