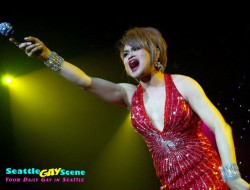 No Seattle Red Dress Party For 2015 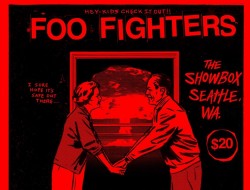 Tickets For The Surprise Foo Fighters Gig At The... Do you have a yearning for some Art & Culture in your life pre-Thanksgiving gluttony & greed? Then, we suggest a visit to The Moore Theatre either tonight (Tuesday, November 25) or tomorrow (Wednesday, November 26) for some theatrical gluttony. Direct from the UK, Shakespeare’s Globe Theatre is staging an epic production of the Bard’s KING LEAR….starring a former star of “The Fresh Prince of Bel-Air”.

Who is NOT Will Smith…

The world renowned Shakespeare’s Globe will perform King Lear, known as Shakespeare’s ultimate tragedy this Fall starring Joseph Marcell as King Lear. Old King Lear, weary of royal duties, proposes to break up his kingdom and divide it among his three daughters. But this rash generosity is cruelly repaid and Lear discovers too late the false values by which he has lived – and, in turn, the suffering common to all humanity.

Tempestuous poetry shot through with touches of humour and moments of heart-rending simplicity, King Lear is one of the deepest artistic explorations of the human condition. Performed at the Globe and on an Elizabethan-style stage, a small troupe of travelling players breathe new life into Shakespeare’s great tragedy.

Joseph Marcell will play King Lear. He is best known for his role as Geoffrey in The Fresh Prince of Bel-Air and has previously performed at the Globe in Much Ado About Nothing (2011) and Coriolanus (2006).

King Lear will be presented at 7:30 pm tonight/tomorrow and at 2 pm tomorrow. Grab tickets HERE!

Check out this video on this breathtaking production: