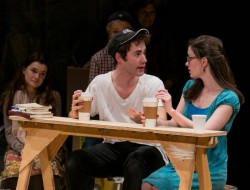 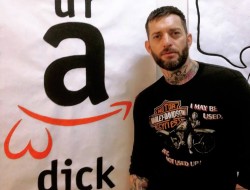 February 6, 2015 Comments Off on 6 Reasons Why You Should Go See The Wachowski’s “Jupiter Ascending” Views: 3554 Arts & Entertainment, Film, Geek By now, everyone’s made the joke that The Wachowski’s took the red pill by making this movie. It certainly wasn’t one of their best, but if you’re a lover of sci-fi, nerdy adventures, it will be the perfect cinema treat for your eyeballs. If you’re still on the fence about whether or not you want to shell out the cash to see it (I suggest I-MAX if you can afford it), then below you will find six reasons that might just change your mind. (Warning: There be some SPOILERISH remarks up ahead!)

Reason #6 – Will Sean Bean die, or will he survive?
Mr. Bean is notoriously famous for all of his characters getting bumped off horrifically in one way or the other. So, it was a nice ‘will they or won’t they’ question bouncing around in my head as I watched the spectacle. I won’t give you the answer, you’ll just have to go see it! Or, y’know, go read the Wikipedia page.

Reason #5 – Channing Tatum as a lycan half-breed thingy who formerly had wings
We’re accustomed to seeing Mr. Tatum with his shirt off and his 6pac abs ripe enough to do an entire month’s load of laundry on top of them. But, in this flick, he is the knight in shining armor that continuously saves our poor damsel in distress, Mila Kunis. At random points in the movie, he growls, for those of you who are into that. Reason #4 – Kick-ass visuals, cinematography, & costuming
The Wachowski’s are known for their extravagant sets and pretty, pretty visuals. The trend continues in “Jupiter Ascending” with lavish costumes that would make any drag queen froth at the mouth. I particularly liked all of the space scenes. I mean, yes, most of it is set in space, but the ships and such as were something to be marveled.

Reason #3 – Mila Kunis plays herself, set in space
I didn’t really expect much range from either of the two leads, so knowing that, I still enjoyed the film. That said, it was as if Mila was plucked from the set of “Friends With Benefits” and then brought into space as the new ruler of Earth. She definitely wore those fierce outfits with finesse and class. I also liked that *spoiler alert* it wasn’t Channing Tatum that took out the main villain, it was Mila who finished him off. Girl power!

Reason #2 – The minor characters help keep it humorous
In such an acid-tripped out plot, there needs to be some humor. It mostly comes from the space characters, like the Bureaucrat that takes Mila’s Jupiter Jones around the town to get her legal right to Earth back in her hands. There was also this elephant humanoid that drove the space cops’ spaceship. And then, there’s giant lizard like beings that are guards for the film’s villain, looking like pumped up versions of the lizards from the Mario movie. He wants the Earth, he wants the whole Earth! He wants to lock it up in his pocket.
Copyright: Warner Bros. Pictures

Reason #1 – Veruca Salt + King Joffrey = Eddie Redmayne’s Balem Abrasax
The movie’s scene-stealer comes in the form of the vampiric Eddie Redmayne, playing the eldest sibling of the Abrasax dynasty, a family that is fighting over planets and what-have-yous across the Universe in a big, corporate industry. His sister and his brother give him tough competition in fighting over Mila Kunis (two of the three want her dead), but it’s Eddie as Balem that is the most conniving of the trio. He slithers around in his fortress like a snake and, for the gay geeks out there, you get to see his teeny-tiny, but sexy little butt.