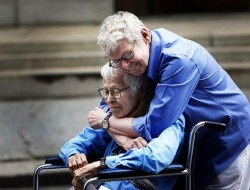 A Bold New Strategy to Solve the LGBT Elderly... 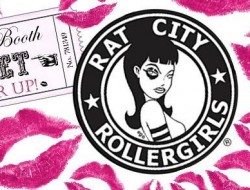 Love & Lust In Queer Seattle: The Case for Intuition The state of “knowing” something without proof is often vaguely labeled as something like faith, blind trust, even fool’s hope. To claim one knows something implies it is fact; that one’s commitment to this belief is based on evidence.

Then you meet people like Holocaust Deniers, Tea Party fanatics, or delusional members of the Texas State Board of Education who “know” that evolution is a farce, that white people are superior to people of color, or that the earth was created in like 1972. In another word, idiots.

We recognize this type of “knowing” is laughable because it’s not naivety: it’s willful ignorance despite evidence or proof to the contrary. These beliefs are generally not based on a sense of intuition, but on political allegiance and denial. Yet intuition itself—the undeniable hunch, the convicted feeling about a decision or a person’s intentions—is a powerful tool that shouldn’t be equated to stubborn ignorance. This instinct is a powerful barometer to help us make decisions when we don’t yet have the whole story.

Intuition isn’t psychic precognition, or exclusive to mothers (though they really do always know). It’s the disposition that allows us to understand someone’s character based on mere impressions, even unconscious ones.  It may not be “knowing,” but intuition helps you make a pretty damn good guess founded on what you see and hear, even without being shown or told.

What does this have to do with love and lust in queer Seattle? The obvious answer is that we need intuitive gaydar to find other queers for community and sexy times, and we rely on intuitive discernment to avoid getting bashed. For example, Don Lemon had no one fooled before he came out, and Phil Robertson gave us the heebie jeebies even before his anti-gay tirades surfaced in the media. A more nuanced answer: intuition is also handy to sense out compatible sexual partners (would he let me top him?) and well-matched dates.

Say for instance you meet a hottie at Wildrose. Cute in the face, hair is on point, and you like the way she fills out those jeans. At first glance she’s just your type, but then you notice how she interacts with her friends—she sneers, disrespects other people’s space, texts while her friends are trying to talk to her. This hottie who made your pussy plump moments ago has immediately, in your perception, become a douchebag.

Or conversely, you’re swiping through dating profiles on your phone and immediately come across a plain guy’s profile. He’s not your usual type, and maybe it’s the pot talking, but you like his smile, his group photos indicate that people like him, and his witty commentary makes you grin. When you meet up in person, he proves your inklings correct with his easygoing demeanor and great conversation. And while perhaps you didn’t want to fuck him on sight, you felt totally at ease with him, and that in itself was sexy and safe.

The case for intuition is this: your unconscious mind often knows what’s best for you, even if it’s inconvenient or uncomfortable to entertain it. If you have to convince yourself of something you know in your bones is wrong, or talk yourself out of something that feels undeniably right, you’re trying to override your intuition with logic and rationality. Sure, we praise logic and rationality because they frequently seem like the best way to make The Right Choice, but your intuition is equally (if not more) important when you’re considering a prospective lover or mate.

“Following your gut” is easier said than done, some personalities have a harder time than others, and sometimes intuition is wrong—has anyone ever been thoroughly convinced you were straight and/or cisgender when you’re not? Intuition isn’t a science, after all. But if you trust your visceral reactions when sizing up future bae, your most primal instincts can help you decide if you’re seeing red flags or getting a green light.

Did your intuition save you from certain peril? Was there a time when you didn’t follow your intuition and regretted it? Share your thoughts or experiences in the comments below, on social media, or email me at ryan@seattlegayscene.com.