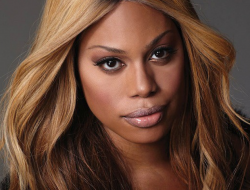 All Hail Laverne Cox! Her UW Lecture is SOLD... 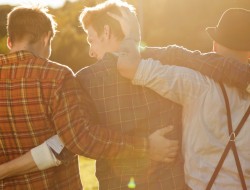 Grindr’s Impact On The Scene & Society When Grindr was first launched back in 2009, its developers probably never imagined it would have the impact it’s had, not only on the gay community but on mobile technology and society as a whole. Meant as a tool to help gay and bisexual men to find one another in close proximity, meet, and communicate, Grindr ultimately became a major part of modern society—both on its own and through its impact on other apps.

For starters, the app has changed things significantly for a large portion of the worldwide gay community. And many believe the change has been largely negative. An article in Vada Magazine once slammed Grindr for fostering “disposable friendships and fleeting sex lives.” It also stated that the app encourages a type of social interaction that often includes hasty propositions, unsolicited nude photographs, and the general vibe that a hook-up, rather than a genuine friendship or relationship, is the ultimate goal. The article even likens Grindr interactions to prostitution without the exchange of money.

Criticisms like this one are fairly common with regard to Grindr. While it’s understandable that the hook-up culture inevitably associated with the app annoys certain people, it’s unfair to credit Grindr with what’s really a larger social phenomenon. According to Adam and Eve’s infographic on “sexting” habits, over 35% of Americans admit to sending sexual text messages. Of that group, 38% claim to send selfies via text message, and 36% send explicit images. Data like this indicates that people are sending explicit images and text messages regardless of which programs and apps they use to send them. So, while Grindr adds the significant element of facilitating meetings with new people, it’s probably not fair to blame a specific app for the style of interaction that often takes place between its users.

Meanwhile, there are also those who believe the negative reactions to Grindr are a little bit dramatic. A summer 2012 article in Next Magazine provided a strong counterpoint to Grindr-bashing, particularly with regard to the idea of the app as a version of prostitution. While some criticize Grindr for eliminating the need for good old-fashioned in-person hook-ups and meetings, the contributor in Next Magazine argues that if you go to a popular gay hangout, you’d never know the difference. He specifically uses the example of Fire Island and acknowledges that while there’s a great deal of Grindr usage in the area, there’s still every opportunity to meet men the old-fashioned way. He also makes the perfectly valid point that even if an app fosters a meeting, “gay men will still need places to congregate, hang out with their friends, and maybe meet a husband.”

It’s probably safe to say that there are mixed feelings on how Grindr has impacted gay culture, and your opinion on the matter may depend on your own experience with the app. But perhaps the biggest influence Grindr has imposed is on society as a whole, rather than specifically the gay community. Business Insider pointed this out in a pretty interesting article that credits Grindr with the wave of close proximity meeting and hook-up apps that have followed it. The article acknowledges that apps in this genre are different from ordinary social networking apps in that they are based on proximity and spontaneity, and their users know they’re looking for flirtation before friendship. In all likelihood, apps of this genre would eventually have developed with or without Grindr—but Grindr is still seen by many as the starting point.

What do you think about Grindr’s impact on society?