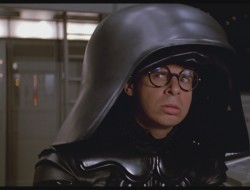 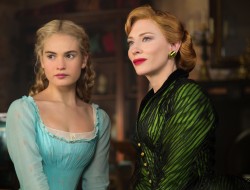 Let’s just say tacos are awesome: The Week in Music 3/17

Are the Cottonwood Cutups folk? Punk? Bluegrass? Maybe they’re just a jug band from Tacoma, and a damn fun one. Singer/guitar player Joel Hill writes whiskey drinking songs, songs about house fires, songs about pirates. Most topically for St. Patrick’s Day, however, he wrote “Drank Too Much (Last Night).” Buy him a shot of Jameson.

Kool Keith is like no other in hiphop. He’s one of the most original MCs, period—being as how he used to kick it with Kool Herc, Flash, Theodore, at some of the first parties in the South Bronx in the late ’70s. He invented some of this shit, and that’s not claiming. He made his biggest impact in the ’80s, but he’s stayed relevant since then. In the ’90s he worked under the name Dr. Octagon—imagine if GWAR made a rap album and you’d be close to the insanity of Dr. Octagonegynecologist. Since then Keith has kept working, kept evolving, because that’s just what he does. He’s a survivor, he can’t stop creating—won’t stop. Added bonus: Gift of Gab from Blackalicious, one of the Bay’s finest MCs.

There’s a quality reminiscent of Cat Power in Adia Victoria, but instead of Cat Power’s self-destructive deprecation Victoria keenly observes and slyly, lovingly disparages. She’s also not afraid to rock; there’s a Pixielike loud-soft-loud in her standout track, “Stuck in the South.” The aesthetics are more self-consciously Southern, too (banjo played like guitar, mandolin, fiddle), but they never become forced or schmaltzy. This music is lived-in and natural. These are the sounds an auteur hears in her head. Tacos! (the band) at Sunset Tavern! Saturday!  March 21at!

A band called Tacos! just has to be fun. Has to. Seriously, when was the last time you had a taco and regretted it? Well—assuming you have some Pepto handy. This band inspires a similar process. It’s good drinkin, headbangin music. You’re going to feel it a few hours later. But no regrets, right? This sludgy, stoned riffage is al pastor; marinated, slow cooked—fuck it, this metaphor sucks, let’s just say Tacos! (and tacos) are awesome.