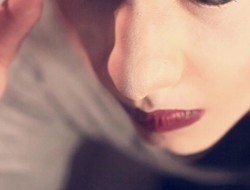 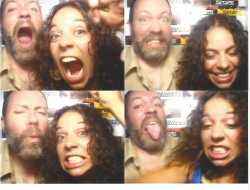 Folks, I apologize in advance. For the next week or so, most, if not all, of my pieces will be about, for, to, at, from, or at least mention, Emerald City Fucking Comic Con!

That being said, this one is not *about,* but…So hey! Are you like the rest of the nerds in this city anxiously awaiting the ECCC madness?

Head over to Central Cinema! I recently had the pleasure of attending a screening of The Room with a couple of friends. Let me tell you, full service dinner theater is THE SHIT. My only regret was that I didn’t bring any plastic spoons. This Thursday the 19th at 8pm they’re showing it again! Because…yanno…”Don’t worry about it!” (I know you all said that in stereo.) If you’ve never attended before, think Rocky Horror Picture Show, only infinitely worse of a movie, and if you do a drinking game to it, you’ll end up with alcohol poisoning. *So* good!

Coming up on Friday, the vintage movie-lover in you can see Gentlemen Prefer Blondes until Tuesday. But the real fun for you sci-fi nuts out there? Let me give you a hint: “She’s a bass!” “She’s gone from suck to blow!” “How many Assholes are on this ship?” “When will now be then?” and of course…”Use the Schwartz!” Haha! You guessed it…Spaceballs! Tell me you didn’t hear that title in your head to the correct tune of exclamation. The show runs this Friday till next Tuesday, when you can see it for 99 cents!

But next week is the countdown to ECCC, of course. And I mean by the hours and minutes. I suggest that instead of twiddling your thumbs because your cosplay costume has been done for three weeks and you have your schedule all set in your ECCC app, you get to Central on Wednesday the 25th at 7pm for MovieCat Trivia with The Arrogant Bastards. Apparently the hosts, Brian and Jessica, will be participating this time, so bring your best heckling A-game!

Thursday, 8pm. The final day before Comic Con. Relax your nerdy brain with the Ladies of the ’80s Sing-a-Long! All of the big hair. All of those notes pop stars these days can’t even hit. All of the epic cheese. Can you smell the gouda? The theater has some amazing cocktails to go with that, by the way.

Grab your tickets and get your drink on to some fabulous entertainment. Central Cinema is, in fact, THE SHIT, and has some of the best programming in the city! And may the Schwartz be with you!