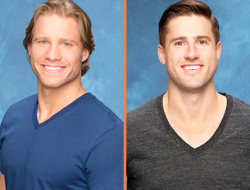 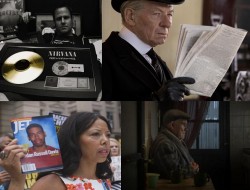 “I’m so sorry, that’s all I can say. I’m so sorry Mum, and my friends. I can’t describe how I feel.I can’t believe my journey’s ended like this. It’s really meant so much to me. I’m really so upset.”

Those were the departing words from Big Brother UK houseguest Aaron Frew, the 24-year-old openly gay model. Frew was ejected from the game during last night’s episode for “inappropriate behavior,” after he was seen repeatedly flashing and making unwanted sexually-charged advances towards another housemate named Joel during a rousing game of drunken truth-or-dare. Truth-or-Dare was swiftly turned up a notch when Aaron lowered his towel tauntingly at straight houseguest Joel. After repeatedly saying he was uncomfortable, Aaron persisted upon Joel, removing his towel entirely and flashed his butt. Shortly afterwords, Aaron tried to mount Joel, who was visibly shocked.

Eventually, the producers intervened, ordering Aaron to the Diary Room where he told Big Brother: “I really apologize for what I did. It was banter. I’ll apologize to Joel; I’m really sorry. I didn’t mean to offend him or you guys.”

After Aaron was put to bed, Joel arrived to the Diary Room to share his take on the turn of events, stating that he wanted to emphasize he did nothing at all to entice or welcome that approach. “I feel terribly awkward, if that makes, sense, that I let that get that far. I don’t want to be known as the person who welcomed on that sort of activity. I felt my personal space was violated and I didn’t know how to react to it because it’s never happened to me before.”

The following morning, Aaron was quietly removed from the Big Brother UK house.